Clashes in the Baghlan were reported by members of the provincial council, who expressed concern over the growing insecurity and said Taliban has amped up its activities in the Cheshme Shir and Dand-e-Ghori area.

There are reports of the group setting up checkpoints in the area and collecting 5,000 to 30,000 AFN from each passing freight vehicle.

Over 200 passenger vehicles are also stranded along the Samangan and Robatak highways as the Taliban gave them an ultimatum to pay for crossing, near Pul-e-Khumri city. 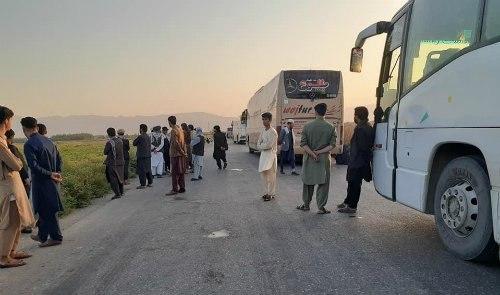 There are also reports of clashes with security forces in at least six of the 14 districts of Baghlan.

Meanwhile, the Baghlan governor’s office assured that while Taliban have been active in the province, security forces have been combatting them.

With the increase in Taliban attacks in Kandahar, General Tadin Khan, the police chief, warned the…