The Independent Election Commission has distributed credentials to 17 presidential candidates.

In a press conference, the Independent Election Commission distributed the credentials of 17 presidential candidates on Monday.

Among the 18 presidential candidates, Ghulam Farooq Nijrabi refused to receive the credentials of the Independent Election Commission in protest against continuation of the government work despite its end of tenure. 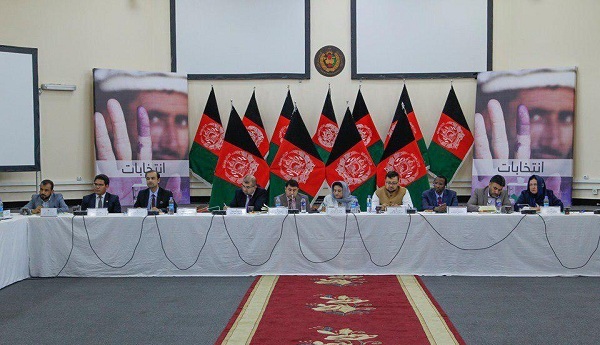 Addressing a press conference on the distribution of credentials to presidential candidates, IEC chairman Hawa Alam Nuristani said that, the commission was about to distribute the credentials of the candidates three days earlier, but due to approval work of some important bills, the work was postpended.

Ms Nuristani pledged that the commission will complete the process of holding election with impartiality and independence.

Meanwhile, IEC deputy, Esmatullah Mal said that the commission has put forward the use of the biometric devices in its agenda, and it is decided to use the biometric system on the election day, which would include an electronic list of voters installed in biometric devices and after entering the sticker number and the name of the voter name in the list, the voter can vote.