Iran is ready to hold talks with the United States if Washington lifts sanctions and returns to the 2015 nuclear deal it quit last year, Iranian President Hassan Rouhani said in a televised speech Sunday.

President Donald Trump’s administration says it is open to negotiations with Iran on a more far-reaching agreement on nuclear and security issues.

But Iran has made any talks conditional on first being able to export as much oil as it did before the United States withdrew from the nuclear pact with world powers in May 2018. 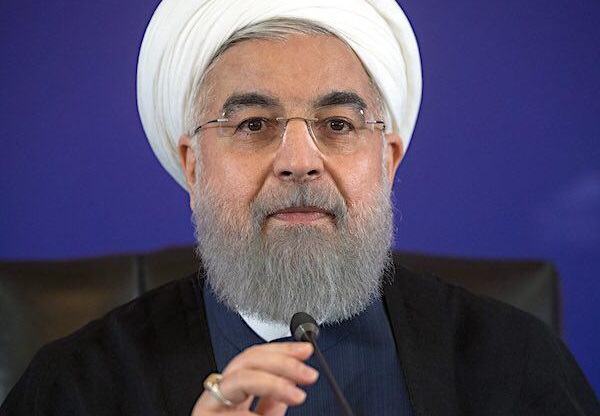 “We have always believed in talks . . . if they lift sanctions, end the imposed economic pressure and return to the deal, we are ready to hold talks with America today, right now and anywhere,” Rouhani said in his Sunday speech.

Confrontations between Washington and Tehran have escalated, culminating in a plan for U.S. air strikes on Iran last month that Trump called off at the last minute.

Calling for dialog between all parties to resume, France, Britain and Germany – parties to the 2015 pact – said Sunday they were preoccupied by the escalation of tensions in the Gulf region and the risk the nuclear deal might fall apart.