The European Union (EU) said that the intra-Afghan talks should begin as soon as possible and there should be no further delays.

In a tweet on Monday, Roland Kobia, EU’s Special Envoy for Afghanistan said “the last prisoners to release can be discussed with the ceasefire as first items.”

“At this point, the ideal is the enemy of the efficient,” Kobia emphasized.

Intra-Afghan negotiations were expected to start in mid-July, but disagreements between the warring parties on the exchange of prisoners, has delayed it, along with the increase in violence. 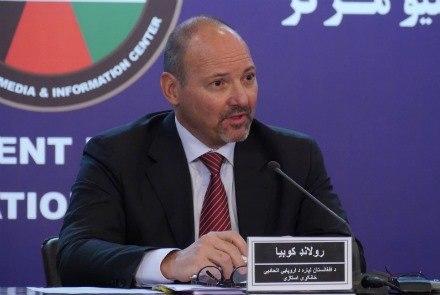 The government said it has released 4,400 Taliban prisoners, while the group said they had released nearly 800 government prisoners.

The process has stalled due to the government’s insistence that they would not release 592 detainees who have been accused of moral and criminal offences.

The Afghanistan Independent Human Rights Commission (AIHRC) has also opposed the release of those Taliban prisoners who are convicted of war crimes.

However, the Taliban have refused, till now, to give a new list of prisoners to substitute those, and insists that the release of 5,000 of their detainees is a pre-condition for the start of the talks.