During a remote meeting, Noura bint Mohammed Al Kaabi, UAE Minister of Culture and Youth, and Tahir Zuhair, the Afghan acting Minister of Information and Culture, discussed ways of reinforcing the cultural and creative cooperation between the two countries on Monday.

“We aim to reinforce our cultural ties with Afghanistan and strengthen our partnership in various knowledge and artistic areas, as well as implement joint projects and initiatives that will reinforce our ties, through an annual cultural agenda and joint initiatives,” Al Kaabi said.

Al Kaabi and Zuhair also discussed hosting the “UAE-Afghanistan Cultural Days” in Abu Dhabi, which will aim to enhance their communication and exchange cultural experiences, as well as develop joint cultural interaction tools, promote the culture, heritage and history of both countries, and highlight Afghanistan’s history to the local public in the UAE. 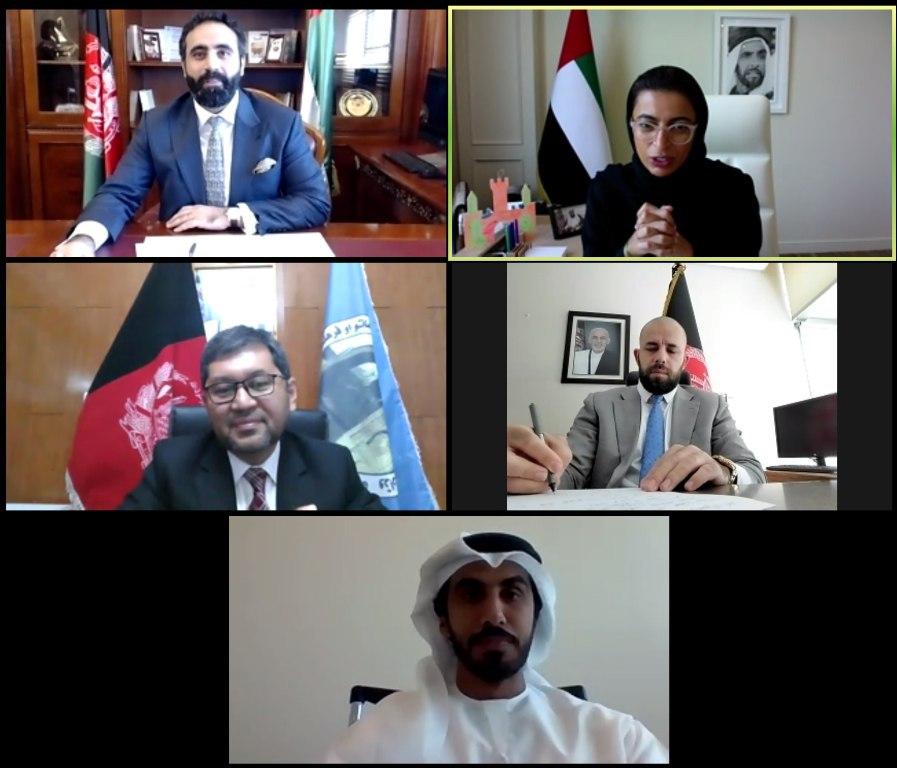 Al Kaabi then praised the “Peace Carpet Initiative” launched by Fatima bint Mohamed bin Zayed Al Nahyan that provides Afghan women with employment in carpet weaving while reinforcing the culture of peace and hope among women.

The project was established in 2010, and has provided thousands of job opportunities in traditional carpet production in Afghanistan, and helped improve local living standards in rural areas. Over 4,000 people work for the project, with 70% of them being women.

The UAE and Afghanistan have established solid ties based on mutual respect and many common factors, such as Islamic culture, and over 130,000 Afghan citizens reside in the UAE, Zuhair said.

Nafia Hijran, a member of the Logar provincial council, was wounded when gunmen shot her car…

Organisation of Islamic Cooperation Calls For Ceasefire In Afghanistan