Kabul: Pakistan’s interior minister said that the families of Taliban reside in his country, including in areas around the capital, Islamabad, and the insurgent group’s members receive some medical treatment in local hospitals.

The admission by Sheikh Rashid Ahmed came during an interview aired by a privately-owned Pakistani television channel, Geo News. It is a significant departure from Islamabad’s consistent rejection of allegations leveled by Afghan leaders that the Taliban use Pakistani soil to direct and sustain insurgent activities in Afghanistan.

Separately, Pakistan Foreign Minister Shah Mahmood Qureshi told reporters on Sunday that violence and chaos could grip Afghanistan after the United States and NATO allies withdraw all their troops from the country by a September 11 deadline.

“Violence is increasing there (in Afghanistan) and obviously Pakistan is worried about it,” Qureshi said in Multan, his native city, which is in eastern Pakistan. He warned that if the Afghan security situation worsens and turns into a civil war, it would be detrimental for Afghanistan, but it could also undermine Pakistani gains against terrorism as well as trigger another exodus of Afghan refugees into Pakistan.

“We are already hosting and looking after almost three million Afghan refugees and we can’t take more because are we not in a position (economically) to shoulder the burden,” Qureshi said. However, the Afghan Ministry of Foreign Affairs has reacted to remarks made by Pakistani Foreign Minister Shah Mahmood Qureshi about refugees and urged the country not to use the issue of refugees as a tool to put pressure on Afghanistan.

The Afghan Foreign Ministry has emphasized that Afghanistan has always wanted the continued and dignified return of Afghan refugees to the country, and is working within existing structures of bilateral cooperation, including the Afghanistan-Pakistan Action Plan for APAPPS Peace and Solidarity with Pakistan. Foreign Ministry statement issued on Monday, said that neighboring countries were not expected to use the issue of migrants as a tool to put pressure on Afghanistan.

The Ministry has stressed that Pakistan’s sincere cooperation in ending the bloodshed and ensuring lasting and inclusive peace in Afghanistan is far more effective than the disturbing comments and predictions made by Pakistani government officials.

In fact, Pakistan also dismissed on Monday Kabul’s assertions that the outlawed Tehreek-e-Taliban Pakistan (TTP) did not operate on Afghanistan soil, saying that these remarks are contrary to facts on the ground. In a statement on Monday, the Pakistan Foreign Office (FO) said that Afghanistan’s remarks that TTP did not operate on Afghan soil are contrary to the various United Nations (UN) reports corroborating the presence and activities of over 5,000-strong TTP in Afghanistan.

“Over last many years, TTP has launched several gruesome terrorist attacks inside Pakistan using Afghan soil without any retribution from its hosts. The 12th Report of the UN Monitoring Team, issued in June 2021, acknowledges TTP’s ‘distinctive anti-Pakistan objectives’ and notes its location within Afghanistan ‘near the border with Pakistan’,” FO said. Pakistan’s commitment to fighting terrorism in all its forms and manifestations, without any discrimination is unwavering and unambiguous, the FO said.

The FO added that Pakistan has been making serious and sincere efforts to facilitate intra-Afghan peace process and hopes that Afghans would seize this opportunity to achieve lasting peace and stability in Afghanistan. The statement by the FO comes following Kabul’s remarks that ‘TTP is neither founded in Afghanistan nor operates on our soil’. “In order to establish lasting peace in Afghanistan and to ensure stability and prosperity in the region, the Islamic Republic of Afghanistan calls on all countries, especially Pakistan, to treat all terrorist outfits equally and without discrimination, and not allow these closely linked and organized groups to collude with each other to jeopardize the security and stability of our countries,” Afghanistan’s Ministry of Affairs said in a statement on Sunday.

The Afghan ministry’s statement came after Interior Minister Sheikh Rashid said that Pakistan also expects the Afghan Taliban to not allow TTP and other elements to carry out any activity which causes harm to Pakistan. 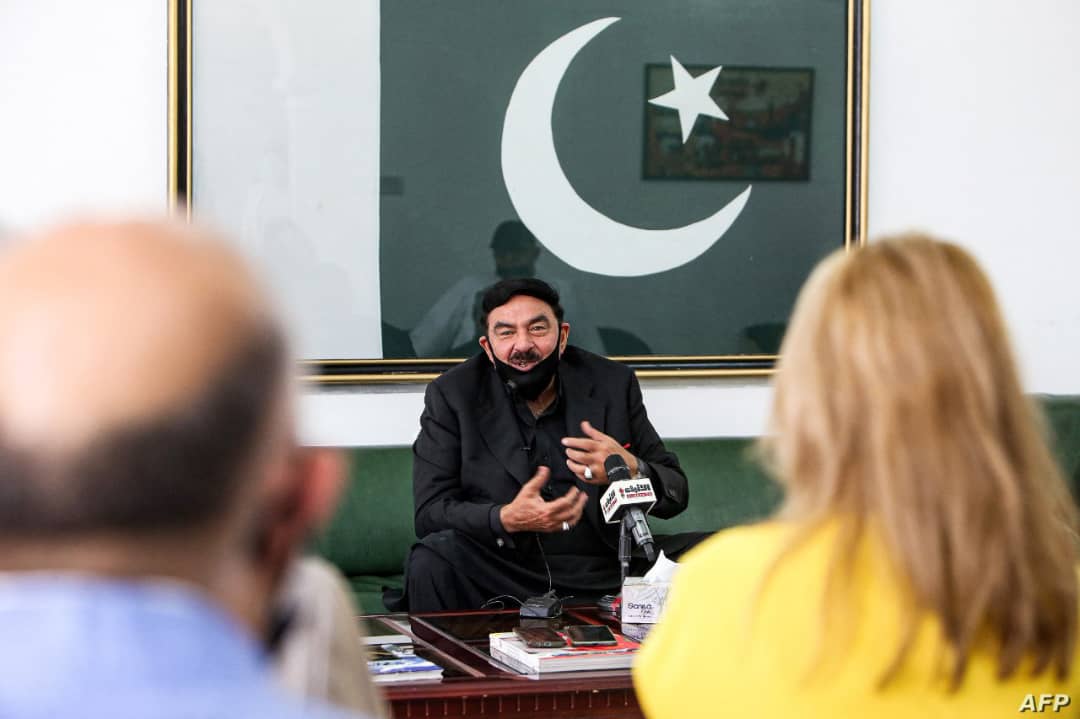 Meanwhile, the US Chargé d’affaires Ross Wilson has criticized the Taliban’s behavior and actions while they fight the Afghan government, demolish the infrastructures and public properties.

“The Taliban’s burning of shops and govt buildings, detaining of people, and destruction of infrastructure and communication networks demonstrate their extremism and their disregard for the human rights of the Afghan people”, Ross Wilson tweeted.

This comes as the Taliban insurgents set fire to at least 100 stores and 20 residences in the Andkhoy district of Afghanistan’s northern Faryab province, authorities reported on Sunday. On Wednesday, fighting began between government troops and attacking Taliban insurgents in the restive Andkhoy area, which the terrorists overran on Thursday after security forces retreated.

In other news, on Sunday morning, an armed group of the Taliban attacked an Afghan border checkpoint located in the town of Chukchuk of Kaldor district of the Balkh province of Afghanistan, Trend reported. As a result of a fierce clash that lasted until 12:50pm, 17 personnel of the Afghan government forces were forced to retreat to Tajikistan through the 1st post of the Shaartuz border detachment, reported the Tajik Border Troops Press Center.

The Tajik border guards, guided by the principles of humanism and good neighborliness, allowed the Afghan military who broke through the state border to freely enter their territory. The situation in this border area remains tense, and fighting between the Taliban armed group and Afghan government forces continuing.

Referring to the importance of regional consensus and strengthening relations between the three countries, he proposed a trilateral meeting of the foreign ministers of Afghanistan, Iran, and Pakistan. Underscoring the need to further strengthen friendly relations between Kabul and Tehran, Minister Atmar noted that consolidating and expanding bilateral and multilateral relations were of vital importance. Atmar acknowledged in principle the proposed trilateral meeting and states that the holding of the meeting was instrumental for strengthening regional consensus for the success of peace process. Given the importance of practical cooperation between the two countries, Minister Atmar underscored convening of the sixth Joint Economic Commission meeting between Afghanistan and Iran.