Kabul: Iranian Foreign Ministry Spokesperson Saeed Khatibzadeh on Monday said that Tehran believes that talks among different Afghan groups can resolve the crisis in the country, adding that the Taliban does not represent entire Afghanistan.

“We are holding talks with different parties of Afghanistan. We believe that the genuine intra-Afghan dialogue is the only solution for Afghanistan. We have always said that we are ready to facilitate talks,” Khatibzadeh said during a press conference.

“The Taliban are not all Afghanistan. They are part of Afghanistan and part of the government and the future solution of Afghanistan,” he added. “This is an issue that has been said many times, and what is important is an inclusive government that includes all the genuine Afghan groups and achieves a peaceful and lasting solution in Afghanistan.”

“The security of the Islamic Republic of Iran and Afghanistan is very closely linked,” Khatibzadeh noted, stressing, “What is important to us is security, unity, an inclusive and authentic government in Afghanistan.”

“Violence in Afghanistan has escalated to alarming levels and some minorities are under pressure. We want everyone to respect their rights. Only a political solution can guarantee Afghanistan’s future,” he said. 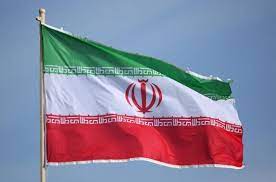 “Taherani briefed Atmar on the outcome of his recent visit to Pakistan,” the statement said.

Referring to the importance of regional consensus and strengthening relations among Iran, Afghanistan and Pakistan, Taherani proposed a trilateral foreign ministerial meeting. Underscoring the need for further cementing friendly relations between Kabul and Tehran, Atmar noted that consolidating and expanding bilateral and multilateral relations were of vital importance.

He supported in principle the proposed trilateral meeting, hoping it would prove instrumental in further boosting regional consensus on the success of the Afghan peace process. Given the importance of practical cooperation between the two countries, the foreign minister underscored convening of the sixth Joint Economic Commission meeting between Afghanistan and Iran.