An Australian Special Air Service (SAS) Regiment medic apologised to the sons of an Afghan farmer who was allegedly killed by a senior SAS official, in what constitutes as a war crime.

Almond farmer Haji Sardar, father of seven, was killed in March 2012 and is one of the 55 alleged war crimes by the SAS in Afghanistan that is being investigated.

Medic Dusty Miller issued a heartfelt apology to Sardar’s two sons over a video link that was documented by the news show “60 Minutes.”

“I am very sorry by what happened to your father and I wish I’d have done more,” he said. “You shouldn’t have lost your father that day and I am so sorry that that happened.”

Sardar’s sons, aged 34 and 22, thanked Miller and asked for his help to bring the perpetrators to justice. 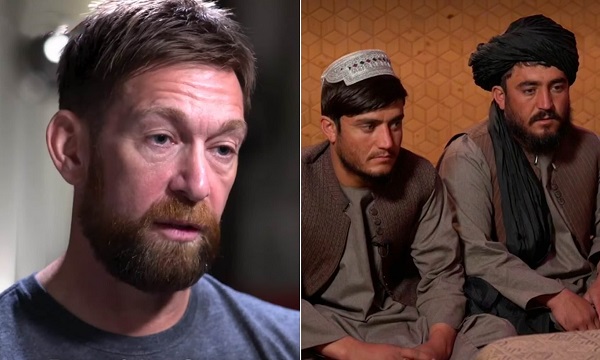 Miller had treated Sardar’s injuries when he had been shot through the thigh as the SAS approached their village in March 2012. The injury was not life threatening.

The medic believed the patient would then be transferred to the provincial capital for treatment. However, a superior took Sardar with him.

Minutes later, the same senior officer returned and told him that the farmer had died.

“Straight away I knew that was impossible – absolutely impossible,” Miller told the sons.

“I assumed he was killed basically. He didn’t die of his wounds – I can promise you that.”

Sardar’s sons said that when they were allowed to see the body, he had bruises on his neck and boot marks all over the chest as though someone had stomped him to death.

Miller told 60 Minutes that his regret led him to developing severe post-traumatic stress disorder. He was determined to track down Sardar’s family to apologise.

He had planned to fly to Afghanistan, but due to the pandemic he was forced to communicate through a video call.

The death of Haji Sardar is just one of 55 cases of alleged misconduct by Australia’s special forces that was launched in 2016 by the Inspector-General of the Australian Defence Force.