Authorities in Herat’s health department said 15 people have died due to the Coronavirus in the past 24 hours.

Herat’s police chief Abdul Rauf Ahmadi has also died after contracting the virus. Ahmadi, who was the director general of Herat People’s Police Command, had been in home quarantine for 10 days and passed away yesterday evening after he was rushed to the hospital with severe breathing problems.

In addition, 151 new cases of COVID-19 were reported in the province, said Mohammad Rafiq Shirzai, the department’s spokesman. 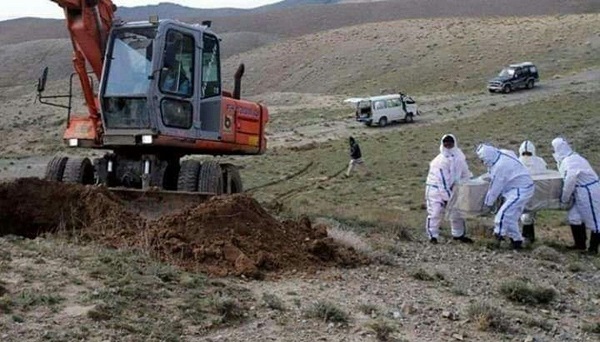 According to him, Herat has reported 3,866 cases to date, of which 66 have died, 568 have recovered and 10 are in critical condition.

Meanwhile, the Ministry of Public Health (MoPH) announced that a COVID-19 vaccine made by Hakim Alkozay had been tested and found to have highly addictive substances.

Alkozay, a traditional doctor had said the vaccine was derived from natural plant extracts and had been tested on “several” Coronavirus patients successfully.

The MoPH had asked the public from abstaining from the vaccine as long as the official tests had not been conducted.

The Herat health department asked the local government to stop distributing the vaccine which had recently reached the province.

They also requested the public to refrain from using the drug.