Qatari Foreign Ministry in a statement said that during the meeting, they reviewed the latest developments in the intra-Afghan negotiations hosted by Doha, and stressed the role of Qatar and its efforts aimed at achieving reconciliation between all Afghan parties in order to realise the aspirations of the brotherly Afghan people for security, stability and peace.

However, the Qatari Foreign Ministry did not provide further details on the meeting. 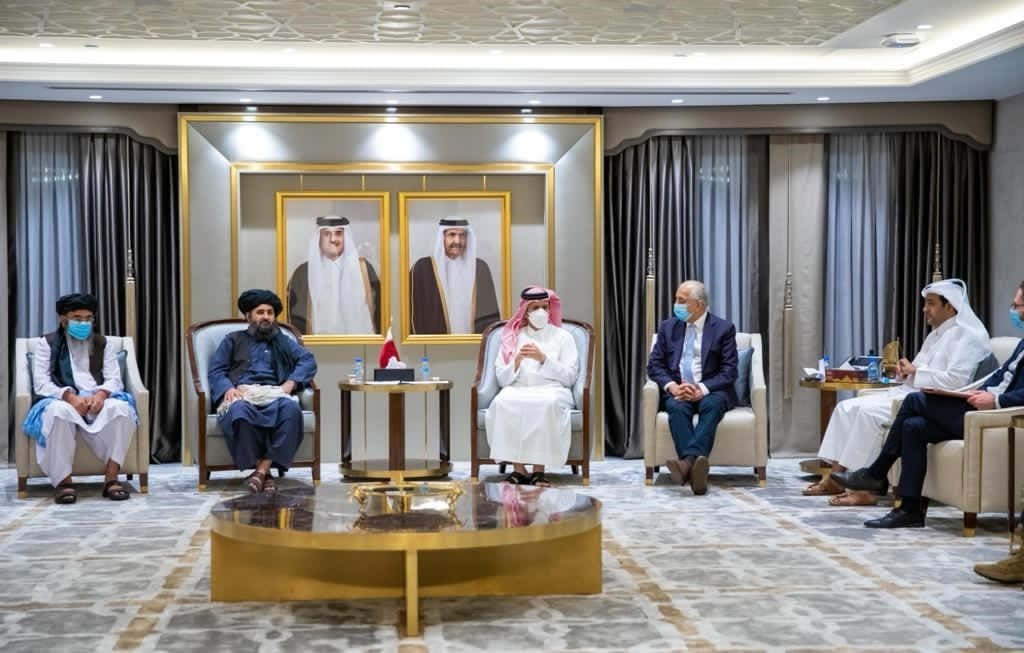 In the meantime, Mohammad Naeem, the spokesman of Taliban’s political office in Qatar, wrote in a series of tweets that the meeting was tripartite and discussed the implementation of the Doha Agreement, the current situation in Afghanistan and the ongoing intra-Afghan talks.

Zalmai Khalilzad, meanwhile, has been on a regional tour in connection with peace in Afghanistan.

During his three-day visit to Kabul, Zalmai Khalilzad discussed the plan to establish a participatory peace government with Afghan government leaders and politicians, and left for Doha, where he is said to have engaged with the Taliban and other countries in the region.