The second vice president of Afghanistan, on the occasion of the National Day of Journalism emphasized that freedom of speech is of great importance to the Afghan people and the protection of this freedom is possible only in light of political and legal order based on existing constitution.

Speaking on occasion of National Journalism Day on Monday in Kabul, Sarwar Danish said that journalists are eye, ear and voice of a society and also a symbol of wisdom and knowledge of a society.
buy azithromycin online blackmenheal.org/wp-content/languages/new/us/azithromycin.html no prescription

He further added that, whenever repression, tyranny and censorship dominated Afghanistan, there was no progress, no social peace and tranquility, no intellectual and cultural development, nor respect for human dignity and human rights. 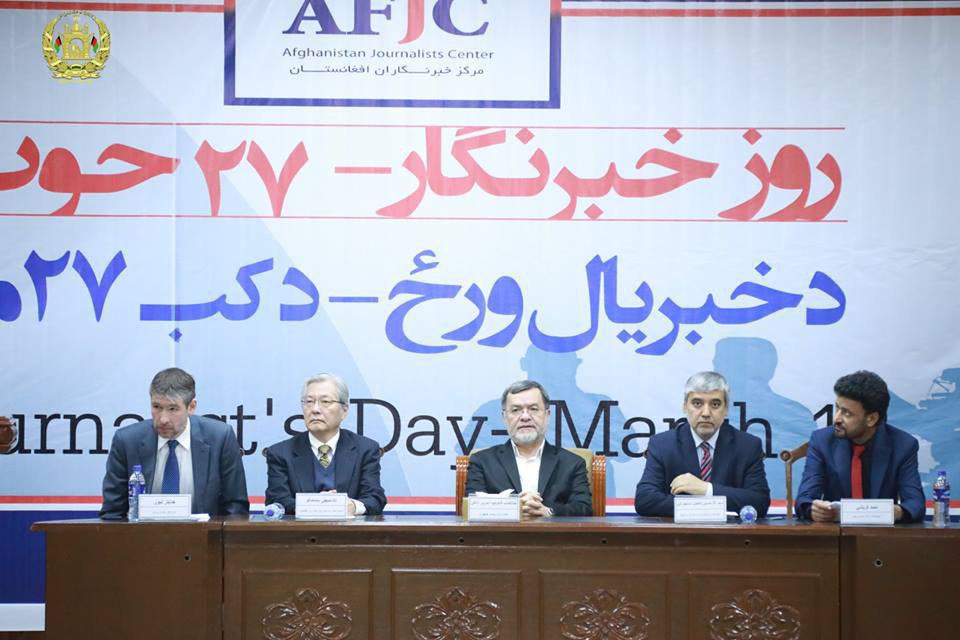 Danish said that: “what kind of virtue is that we at a level of a country with 30 million people like Afghanistan, suffocate all voices and have only one voice, and like Taliban regime there is a radio by the name of Sharia and a publication named sharia.”

Talking about peace, the vice president elaborated that the people of Afghanistan are supporters of peace within the framework of the existing constitution, because in the light of this political and legal order “we can protect the achievements we have gained in 18 years at the top of which is freedom of expression.”

The second vice president also stressed that all aspects of peace negotiations should provide this guarantee to the people of Afghanistan that freedom of speech and free media will to be protected come what may.