Security forces have reported that a Chechen commander of Jamaat Ansarullah terrorist group was killed in Badakhshan province.

Hanif Rezai, spokesman of 209 Shaheen Corps, told Reporterly today that as a result of an artillery operation yesterday on hideouts of Taliban militants in Ambi Yardar area of Baharak district of Badakhshan province, one of the foreign terrorists by the name of Talha was killed and another was wounded. 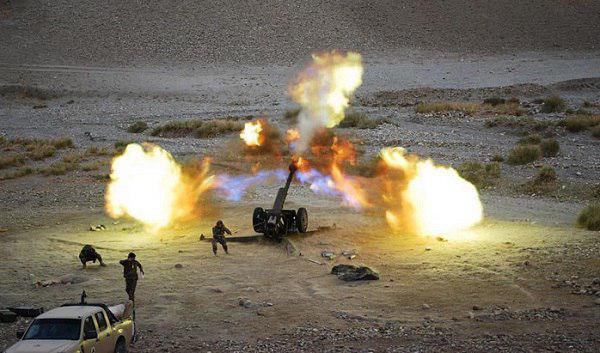 Rezaei added that the two were members of Jamaat Ansarullah who were involved in terrorist activities with Taliban group in Badakhshan province.

Tajik Jamaat Ansarullah has close ties with the Taliban and al-Qaeda, and Tajikistan has banned the group’s activities inside its territories as it considers the group as an extremist and terrorist organization.

Hanif Atmar in Balkh: Bringing Caretaker and Interim Government is Our Top Priority

Hanif Atmar, a presidential candidate said in Balkh today that after May 22 (1st Jawza) of…

A Pakistani commander of the IS-K terrorist group, along with three other terrorists of the group…

In an IED explosion near a health clinic in Jalalabad city, six individuals were wounded including…