Hanif Atmar, a presidential candidate said in Balkh today that after May 22 (1st Jawza) of current year the National Unity Government will not have legitimacy.

He said that based on constitution, after this date the interim government should be established. Speaking at a gathering in Balkh, Mr.
buy super kamagra online pavg.net/wp-content/themes/twentytwentyone/inc/en/super-kamagra.html no prescription

Atmar said that Afghan people will slowly come to a consensus that after May 22, the continuation of government’s work is no longer legitimate.

“Bringing a caretaker or interim government based on our constitutional provisions, and it is one of our priorities so that we can assure the nation that peace and elections are coming and that the peace and moderation team will fight with its full power for these ideals of the nation,” he added.

Mr. Atmar accused national unity government saying that because of their political goals, they opposed the peace process. However, he did not mention what these political and group goals are. 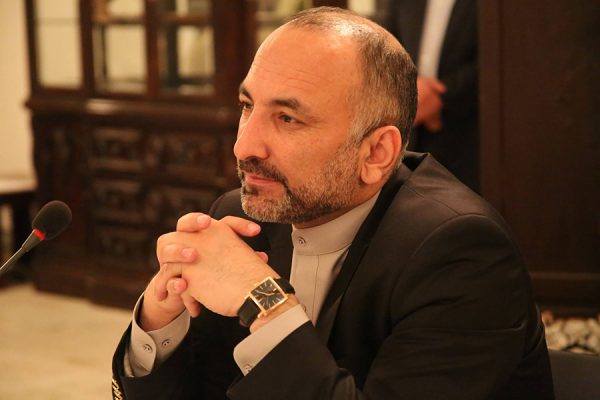 The former National Security Advisor called election and peace complementary to each other and said: “I want to emphasize that in our opinion of our team there is no opposition between elections and peace. Both are complementary. If we see a problem on the way to the elections, it is the current approach of government that should be stopped and reformed. Little by little Afghan people can come to a consensus that after May 22 (1st Jawza) the continuation of government’s work is no longer legitimate”.

Atmar added that they won’t allow continuation of the govermment after May 22 (1st Jawza) but stressed that they are not in favor of vacuum of power either.

A Pakistani commander of the IS-K terrorist group, along with three other terrorists of the group…

In an IED explosion near a health clinic in Jalalabad city, six individuals were wounded including…