In a statement released by the Afghan Ministry of Foreign Affairs, it was written that Foreign Minister Salahuddin Rabbani, met with the deputy and special envoy of Indonesian FM, Dr. Desra Percaya. 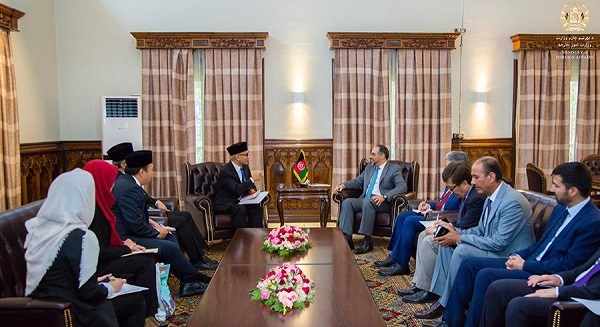 Mr. Parcaya also expressed his country’s readiness for hosting the peace talks. Mr. Rabbani also mentioned that Indonesia was a good friend of Afghanistan, appreciated Republic of Indonesia’s support to the peace process, led and owned by the people and government of the I.R of Afghanistan highly regarded Indonesia’s efforts for facilitating the direct talks.

FM stressed implementation of the agreements lately signed between the two countries.