In a meeting, the Presidential Candidates Council emphasized the end of National Unity Government tenure on (First Jawza) May 22 and announced a two-options plan for a caretaker government.

Presidential Candidates Council has said, the first option is that the current president with his deputies withhold his candidacy for the presidency, and can continue his work as “caretaker government ” after first Jawza of current year. 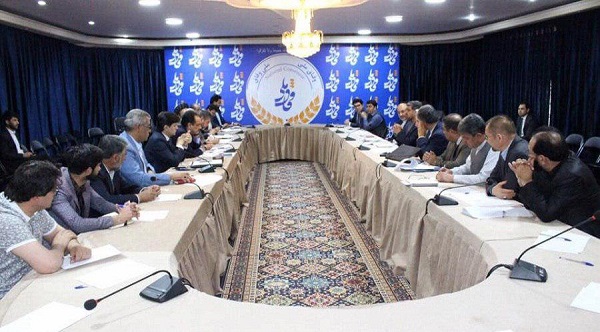 The council has emphasized that, if the first option was not met, the second option would be that, the presidential candidates and eligible legal, independent and committed personalities of political parties and civil institutions registered with Ministry of Justice can nominate themselves for position of caretaker government and the current president cannot run for the tenure of caretaker government.

They warned that if the leaders of the national unity government continue to work illegally after (first Jawza) of current year, in opposition to the constitution and the high interests of the country, the consequences of this illegal action would lie on their shoulder and senior authorities of the government.

The Presidential Candidate Council has added that it has the right to take advantage of any legal and political mechanisms at the national and international levels and take necessary measures to prevent the continuation of the very government which they consider as a government which lacks legitimacy.