The Special Inspector General for Afghanistan Reconstruction (SIGAR) in a report said that the number of women in Afghan security forces rankings has been increased to 30 percent.

According to the US watchdog, the female number in the Afghan security forces has jumped up from 4,495 of last year to 6,395 in the ongoing year, which compare to last year 1,900 women have joined the security ranking. 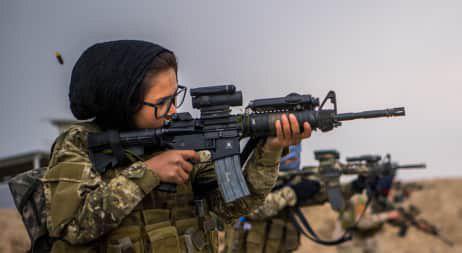 Meanwhile, SIGAR stated that it has sent the report of female security forces to the US congress.
buy zydena online blackmenheal.org/wp-content/themes/twentytwentytwo/inc/patterns/en/zydena.html no prescription

This comes as earlier a number of women rights activists have criticized the government for not providing enough occupation for the female employees in the security ranking.

Fraudulent Votes Should be Out of The Total Number of Votes: Nabil

The Presidential candidate, Rahmatullah Nabil says reaching for power through “fraud” will move Afghanistan towards “certain…