The Presidential contender, Rahmatullah Nabil says no one should try to involve Afghan forces in the political issues for their personal interests.

The leader of “Security and Justice” electoral team in a press conference on Monday said that Afghan people love their security forces and whenever they use for personal interest, the government will collapse.

“We will not allow the mistake of Dr. Najib’s government to be repeated again,” Nabil said.
buy temovate online www.mydentalplace.com/wp-content/themes/twentytwelve/inc/en/temovate.html no prescription 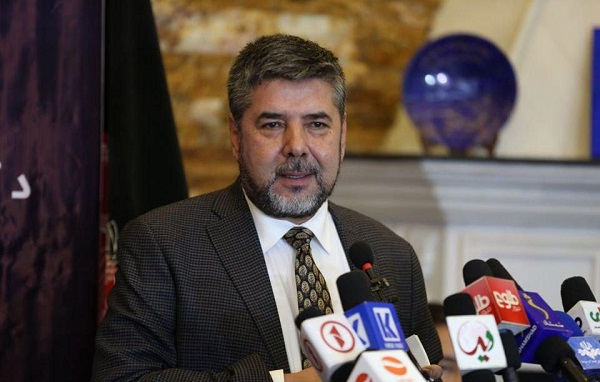 The former intelligence chief stated that the Independent Election Commission (IEC) has not addressed his team’s demands.

“None of our demands were addressed by the election commission,” Nabil said, adding that this is because something is happening behind the scenes.

He declared that the election commission should consider the people’s fate and save Afghanistan from the electoral crisis, because the country has many other problems to face.

“We are monitoring the IEC’s officials and we know what is behind the curtains,” Nabil said.

He stressed that the foreign institutions must not ignore the people’s demands.

Nabil noted that his message to the international community is that the forces that you create for defending democracy should not be used for suppressing democracy.

Nabil’s remarks come as the former President Hamid Karzai also warned that the misuse of security forces in political issues is not acceptable.