Security officials confirmed that four people were killed and eight were wounded after a mortar shell targeted the Kunduz governor’s compound on Sunday evening.

Kunduz Police spokesperson Enamuddin Rahmani told Reporterly on Monday that the Taliban-fired mortar landed in a sports field where the governor’s bodyguards and some civilian employees were playing volleyball at around 5 p.m.

However, the attack has raised concerns abut whether it was carried out by a drone or a missile in what would be the group’s first-known drone attack. 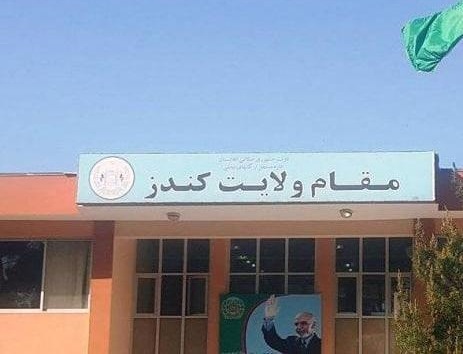 Fazal Karim Aimaq, a member of the parliament from Kunduz, wrote on his Facebook that he had been informed about the attack and it was a “new method of assault” without providing any further details.

The Taliban has used drones, but it has been limited to filming videos for reconnaissance purposes, as Faryab Gov. Naqibullah Faiq wrote on Twitter. He attributed the use of drones equipped to shoot videos at night to foreign Islamic State (Daesh) fighters among the Taliban ranks.

The Taliban have not commented on the attack.