A complex attack on Kabul University ended after six hours with all three attackers killed, the Ministry of Interior Affairs (MoI) said on Monday.

MoI spokesperson Tariq Arian said that the attack left 19 dead, including 10 women, and 12 others wounded. Akmal Samsor, spokesperson for the Ministry of Public Health (MoPH) said that 22 injured people were taken to the hospital.

The attack began at around 11 a.m. when an explosion was reported near the north gate of the university, which is one the largest educational institutions in Afghanistan. The attackers then entered the Law Faculty building which was apparently their target.

It is to be noted that the university was also hosting several dignitaries who were there for the inauguration of the joint Afghanistan-Iran book exhibition being held in the Faculty of Arts.

The gunmen entered classrooms and opened fire at the students and professors.

Many students were seen escaping by jumping over the walls. 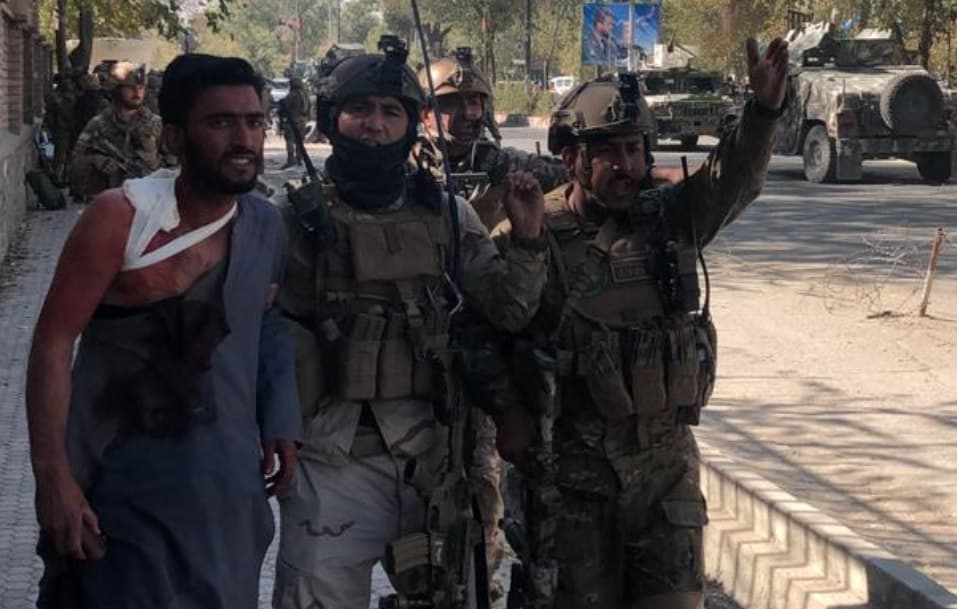 Videos on social media showed people fleeing and some bloodied students being escorted by the police to receive medical attention. Most of the victims were civilians.

The attack has been widely condemned with Saleh calling it an “intelligence failure” for the government and blamed the Taliban and “satanic allies next door” (Pakistan) even as the militant group said they were not responsible for the attack.

Presidential spokesperson Sediq Sediqqi said the perpetrators were the factions who were defeated in Helmand.

Abdullah Abdullah, chairman of the High Council for National Reconciliation, said the targeting of educational institutions, the second in the past 10 days after the attack on Kowsar-e Danesh in Dasht-e-Barchi, was a “heinous crime.”

“Students have the right to study in peace and security… We will prevail over the forces of darkness.”