Indian ambassador to Afghanistan Vinay Kumar and acting Foreign Minister of Afghanistan Idrees Zaman have exchanged instruments of ratification of India-Afghanistan Extradition Treaty to transport criminal offenders between the two countries. “The instrument of ratification of Extradition Treaty between the Islamic Republic of Afghanistan and the Republic of India, approved and ratified by the relevant authorities of the two governments, were exchanged by the Acting Foreign Minister Idrees Zaman and the Indian Ambassador to Kabul Mr. Vinay Kumar, today,” the Indian Foreign Affairs Ministry said in a statement. 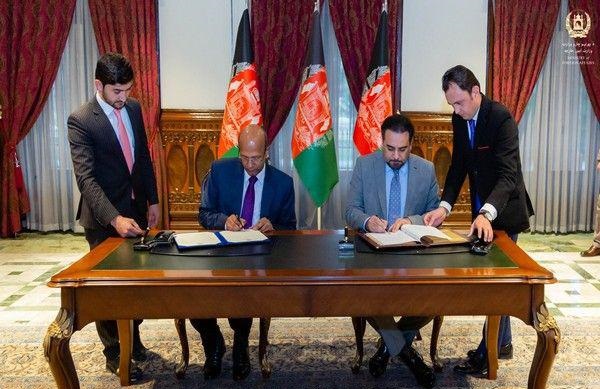 “The said agreement was signed by the authorised representatives of the two countries in New Delhi, India on September 14, 2016,” the Ministry added. The treaty, signed during Afghan President Ashraf Ghani’s visit to India in 2016, would provide a legal framework for seeking extradition of terrorists, economic offenders and criminals from and to Afghanistan.
buy singulair online https://cleanandclearadvantagerecovery.com/wp-content/themes/twentytwentyone/inc/new/singulair.html no prescription

India has extradition treaties with at least 37 countries, according to the Ministry of External Affairs.