The Embassy of Canada in Afghanistan has launched its campaign to commemorate the “16 Days of Activism to Eliminate Gender-Based Violence”, by lighting up the Embassy with orange lights. 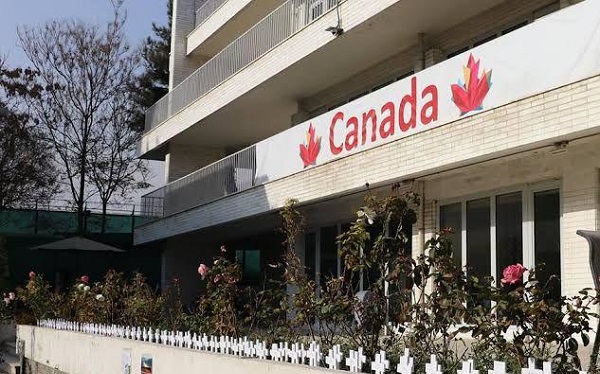 This is the first of a series of initiatives taking place during the 16-day campaign starting on November 25, the International Day for the Elimination of Violence against Women, and ending on December 10, International Human Rights Day.

The orange lights capitalize on the campaign theme “Orange the World”, which amplifies the voices of individuals around the world who have survived violence or who strive to defend the rights of survivors.