Amrullah Saleh, the first vice president, said investigations into the attack on Kabul University, the Kowsar Danesh training center, and targeted assassinations had been progressed.

Saleh wrote on his Facebook page on Monday that the assailants who attacked the Kabul University blew themselves up with hand grenades when they saw security forces approaching them through the roof and making holes.

“This shows that they were told to cut off their nails and toes to hide their footprints. That is why they are believed to have been previously arrested on a criminal charge and biometric. Efforts are still being made to rely on technology to make clear the identities of the bodies.”

In the meantime, Saleh said that Yama Siawash, a central bank employee and former journalist, had also been targeted by RDX materials. 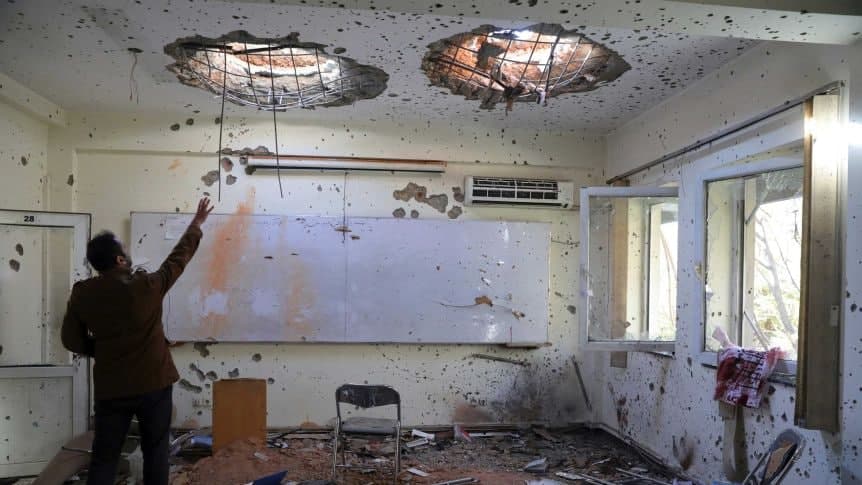 “These materials are not home-made and are used militarily,” he said. “The amount of material was two kilograms and it was placed close to the tank of his car. Another hypothesis that was placed on the road is also under investigation. We do not yet have the right clue, but it includes targeted assassinations after the Doha agreement.”

Saleh stated that after the signing of the Qatar Agreement, the Taliban decided to reduce the number of large explosions and attacks; But to increase targeted assassinations, and for this reason, a group called “Karwan Obaida” was trained in Pakistan’s Waziristan and were sent to major cities, especially Kabul.

The first vice president said that 50 members of the Obaida Karwan group have been arrested so far and are being held in a national security prison.

He added that the works of the traffic police in Kabul are unacceptable and that they had been allowed to prove that they were active by doing certain things.