President Ashraf Ghani says the level of coordination between Afghan National and Defense Security Forces (ANDSF) has increased unprecedentedly, which is the key for their success in the operations against terrorists.

The Presidential Palace- ARG in a statement said that President Ghani made the remarks on Sunday during a meeting with Gen. Austin Scott Miller, the commander of US and NATO Forces in Afghanistan. 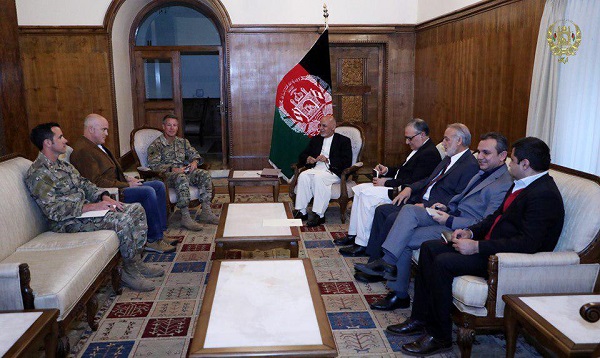 ANDSF are at the forefront of counter-terrorism and the joint cooperation and support of international community is needed for security forces, Ghani said.

During the meeting, Gen. Miller praised Afghan security forces and said that recent operations against insurgents have been successful and that there is good coordination between security forces.

ANDSF have defeated the enemy in war, killed key terrorists and recaptured large swaths of territory recently, Millar added.
The NATO commander in Afghanistan has also provided his assessment report of the security and defense organs to president Ghani.
buy dapoxetine online pavg.net/wp-content/themes/twentytwentyone/inc/en/dapoxetine.html no prescription