Ministry of Interior (MoI) said that the ministry has removed black films and tint from 100 vehicles and seized some illegal weapons from irresponsible individuals in Kabul.

MoI in a statement on Monday said that public order police forces with other security institutions had conducted a joint operation against tented window vehicles and illegal weapons in different parts of Kabul city. 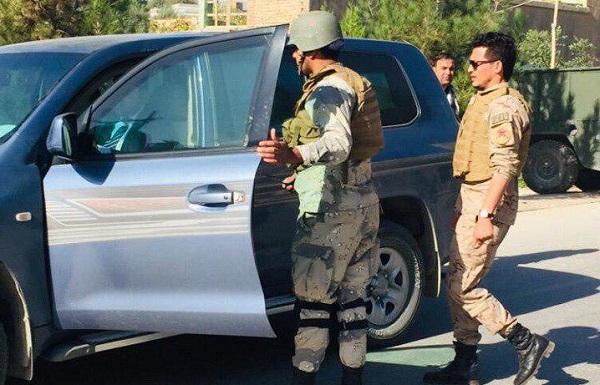 The process of cleaning tented window of vehicles and collecting illegal weapons and equipment would be continued in Kabul and other provinces, Ministry of Interior said.

Mostly organized crimes being conducted by black window – without document vehicles and without license weapons in the cities particularly in Kabul, the MoI said, adding police forces will go against violators and they will face legal action.
This comes as MoI on Saturday said that in order to provide better security for Kabul city and other provinces, the ministry’s leadership ordered the police forces to collect illegal weapons, unregistered vehicles and remove black films.

Level of Coordination Is The Key For ANDSF Success: Ghani