During the meeting Dr. Abdullah said that the Afghan people successfully passed the presidential election and despite Taliban threats, they went to the polls to defend democratic values, the office quoted Abdullah as saying in a statement.

According to the statement, Abdullah appreciated the US assistance and sacrifices in the fight against terrorism and the peace process in Afghanistan and called for continuation of strategic cooperation between the two countries. 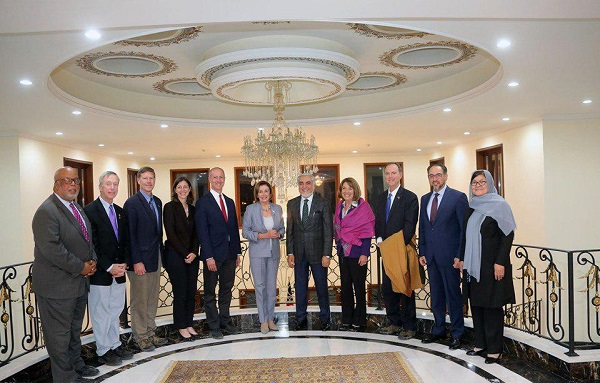 On her part, Nancy Pelosi also declared that Afghanistan and the United States are strategic friends and allies and the friendship and cooperation between the two countries will continue.

US House Speaker stressed that her country doesn’t want Afghanistan to change into a safe haven again for terrorists, the statement read.

The US House Speaker stated that they want to closely monitor the situation in Afghanistan so that the activities of both countries continue in a coordinated manner for combating the terrorism.

Ms. Pelosi welcomed the successful organization of Afghan presidential election and emphasized on transparency of the process to validate democracy and legitimacy of the post-election government.
buy acyclovir online https://cleanandclearadvantagerecovery.com/wp-content/themes/twentytwentyone/inc/new/acyclovir.html no prescription