Acting Foreign Minister Haneef Atmar met Chinese Ambassador Wang Yu on Sunday afternoon and talked about the significance of China’s role in the region and for the peace process.

A statement by the Ministry of Foreign Affairs (MFA) said that Atmar talked of Beijing’s cordial relations with Kabul and their support for the peace talks.

He praised China’s involvement and said it was “significant and effective” in garnering regional and international support in calling for a reduction of violence and a humanitarian ceasefire. 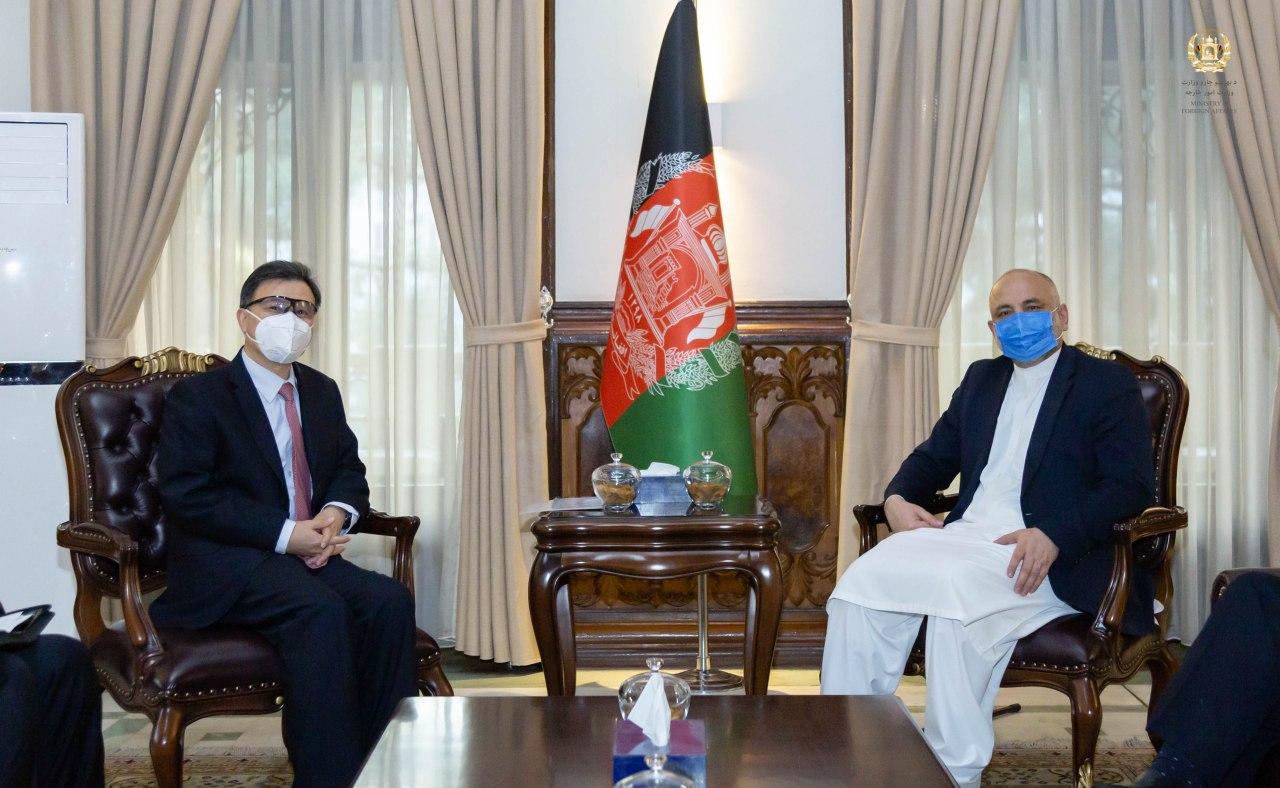 Talking about the significance of China’s role, Atmar assured the ambassador of Afghanistan’s support and commitment to the Once-China policy.

The Chinese ambassador reaffirmed their support for an Afghan-led and owned peace talks.

Atmar also held a farewell meeting with outgoing Canadian envoy Dave Metcalfe and commended his efforts in strengthening ties between the two countries.

He highlighted Canada’s friendly relations, support for the peace process and cooperation with Afghanistan over the past 19 years.

Metcalfe called the continued cooperation and maintaining and strengthening of the current relations beneficial for the people and the governments of the two countries.