Governor of Jawzjan, Lotfullah Azizi, says that the village of Qarayi is under Taliban control in Darzab district and the incident occurred in that area. 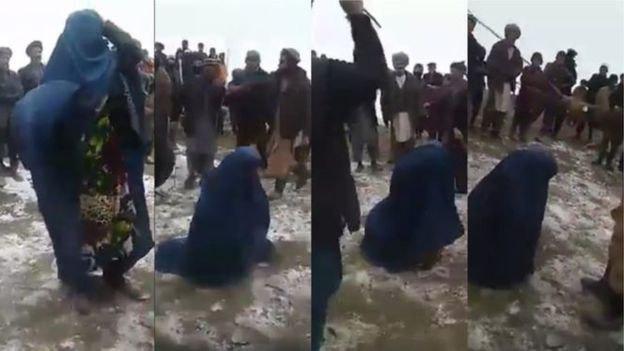 He says the Taliban flogged two women charged with phone conversation with stranger men (Namahram) in front of villagers.
According to him, these women were married and currently they are in the same village.

Mr. Azizi said the incident happened on October 7, but the news has now reached the local authorities. The video of this incident has also been published on social media.

Field trials are not unprecedented by Taliban fighters and irresponsible gunmen in Afghanistan. They repeatedly flogged and shot women and men at various charges, including illegal relationships with strangers men (Namahram).

Narinder Singh, the Sikh parliamentary candidate this election cycle, met with US Ambassador John Bass as…

On Monday, President Ashraf Ghani as well as National Security Advisor Hamdullah Mohib met with the…

On Monday, President Ghani met with the foreign minister of Denmark, Andres Samuelson at the Presidential…

People Came to Polls Due to Assurance of IEC to Use Biometric Tech: Wolesi Jirga Speaker

According to the Speaker of the Afghan lower house of parliament, people came to the polls…