During his short visit to the country, Ghani expressed his sympathies on the death of the former Emir Sheikh Sabah Al-Ahmad Al-Jaber Al-Sabah.

Ghani and the prime minister stressed on enhancing bilateral relations.

“We highly appreciate your coming personally and be with us in our sad days and hope to have you in our happy days too,” said Sabah Al-Khalid. 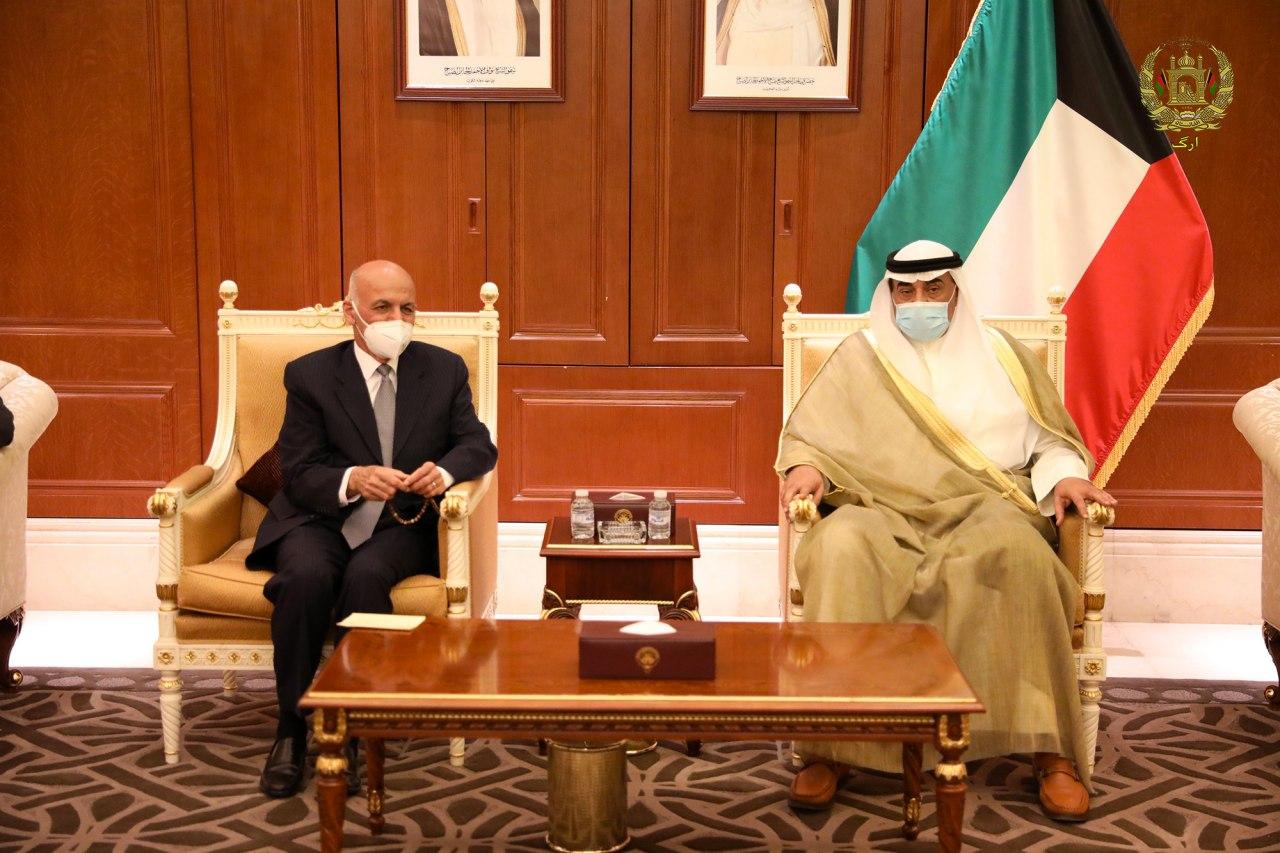 Ghani said the unity of Gulf States was “vital for peace in Afghanistan and stability of the region and beyond,” the Presidential Palace statement said.

“Peace has moved from a wish to a process with an end-state of a sovereign, united, independent and democratic Afghanistan,” the Afghan president said.

“We pursue a political settlement to end the war, we are not only focused on peace-making but peace-building. We will strongly focus on some 45 districts suffered the most and implement reintegration, strengthening the social component of the peace,” he added.

Ghani also expressed interest in expanding bilateral ties with Kuwait during the meeting and welcomed the Kuwait Fund and investments in Afghanistan.

Ghani also flew to Qatar for a two-day official visit where he will be meeting their leaders and giving a talk at the Doha Institute.

Acting Foreign Minister Haneef Atmar said the president’s trip to Qatar was on the invitation of the Emir and bilateral meetings will be held for supporting the Afghan peace process and to expand ties between the two countries.

President Ashraf Ghani is leading a high-ranking government delegation to Kuwait and Qatar, said the Presidential…