The contact groups from the Afghan government and the Taliban’s negotiating teams held their first meeting on Sunday evening, and discussed the agenda, schedules of upcoming meetings, the code of conduct and relevant issues, according to Nader Nadery, a member of the Afghan peace delegation.

Nadery tweeted: “The first meeting between the contact groups of the two negotiation teams took place today. In this meeting code of conduct between two sides, schedules of upcoming meetings and relevant issues were discussed and progress were made.”

Taliban spokesperson Naeem Wardak also tweeted that the “communicating committees” of the intra-Afghan negotiating teams met and discussed the schedule and agreed on some ground rules.

The meeting was held behind closed door with another set to take place on Monday to finalize details before the peace talks can start, according to reports. 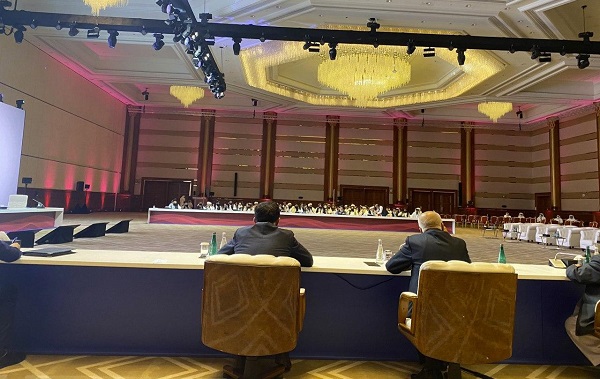 The first meeting of the negotiating teams was held on Saturday after the opening ceremony of the talks. The contact groups were established then.

Chief Afghan negotiator, Masoom Stanekzai said, “There was a positive spirit [during the first meeting on Saturday]. There wasn’t any effort to drive the negotiations towards controversial topics.”

However, other Afghan leaders have urged for a reduction in violence or a humanitarian ceasefire to be one of the items on the agenda.

Andarabi: 10,000 People Have Been Arrested In Past 6 Months