The Minister of Interior Affairs, Massoud Andarabi in an interview with AP at the Minstry of Interior (MoI) in Kabul has said that police are also the hardest hit, taking up 70% of the casualties among security forces in relentless attacks by Taliban and IS-K insurgents.

Andrabi spoke about what he called a slow, steady overhaul of the police during an interview with AP inside the heavily fortified ministry in the capital, Kabul.

He is setting up systems that he hopes will result in a professional force, one owned and operated by Afghans. 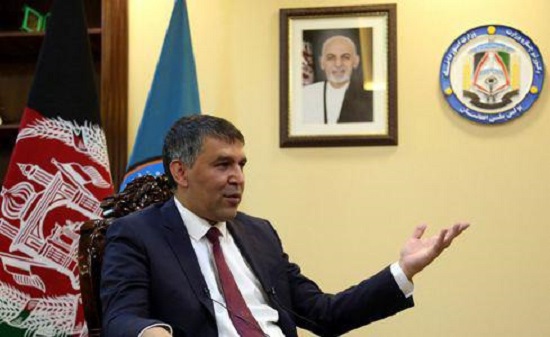 Andarabi said he’s instituted a new recruitment and promotion system that’s based on what you know, instead of who you know.
buy albuterol online https://buynoprescriptiononlinerxx.com/dir/albuterol.html no prescription

It’s an attempt to take the “middle men” out of appointments and promotions to try to tackle corruption that is rife in the selection and promotion of police in Afghanistan.

Today, many senior officers in Afghanistan’s security institutions were only in high school when the Taliban were ousted, he said. They spent the intervening years studying and gaining experience.

“All these new leaders in the security sector … don’t have a legacy of fighting; don’t have the background of different factions, or different groups. This all makes them a team with a common belief,” he said.

He’s also brought in a new computerized data system that tracks allegations of corruption and the officers involved. The hope of this technocratic solution is that eventually a profile will emerge showing areas and people committing the infractions, as well as the types of corruption.
buy vigora online https://praxis.edu/wp-content/themes/twentytwentyone/inc/new/vigora.html no prescription