US special representative for Afghanistan reconciliation, Zalmay Khalilzad has met with Pakistan’s Prime Minister Imran Khanin in New York on the sidelines of the 74th session of the United Nations General Assembly.

According to Pakistani officials, Khalilzad shared with the premier “how far his negotiations with the Taliban had gone, the nature of the talks and what expectations he holds in the future”. 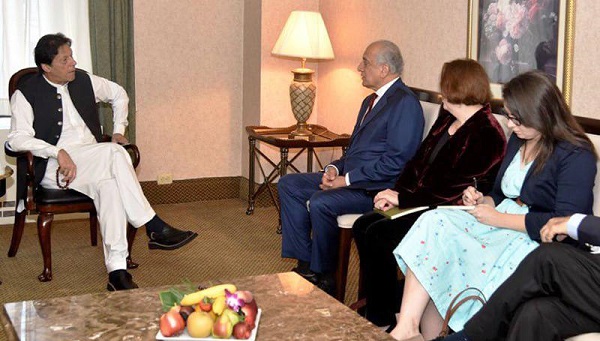 They added that Khalilzad presented his entire analysis of the US-Taliban talks.

During the meeting, the prime minister expressed hope the peace talks with the Afghan militant outfit would be revived to achieve regional peace. There had been no statement by the US envoy though.

The talks had been called off by US President Donald Trump after the Taliban stepped up attacks in the country.