A regional Chinese diplomat has rebuked the United States for being “ignorant” about his country’s ongoing key economic contributions and cooperation with Afghanistan.

Arrangements are being worked out to enhance the cooperation with Kabul even under Beijing’s Belt and Road Initiative (BRI), Yao Jing, the Chinese ambassador to neighboring Pakistan told VOA.

As per VoA report, he hailed Saturday’s successful Afghan presidential election, saying China hopes they will boost peace-building efforts in a country wrecked by years of conflicts. 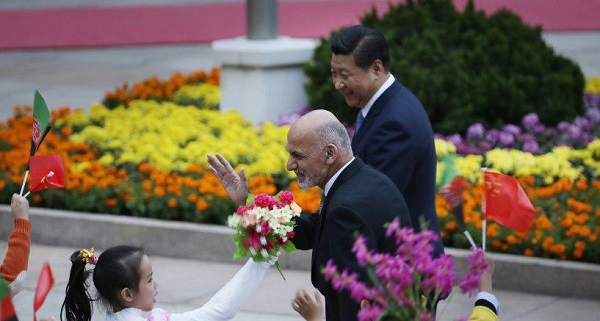 “We hope that with the election in Afghanistan, with the peace development moving forward in Afghanistan, Afghans will finally achieve a peaceful period, achieve the stability,” said the Chinese diplomat, who served in Kabul prior to his posting in Islamabad.

Earlier this month, U.S. officials and lawmakers during a congressional hearing in Washington sharply criticized China for its lack of economic assistance to Afghan rebuilding efforts.

“I think it’s fair to say that China has not contributed to the economic development of Afghanistan. We have not seen any substantial assistance from China,” Alice Wells, U.S. Acting Assistant Secretary for South and Central Asia, told lawmakers.

Wells, however, acknowledged that Beijing has worked with Washington on a way forward on peace as have other countries, including Russia and immediate neighbors of Afghanistan.

China is also working on infrastructure projects, including the road linking Kabul to the eastern city of Jalalabad and the road between the central Afghan city of Bamiyan and Mazar-e-Sharif. Chinese companies, Yao, said are also helping in establishing transmission lines and other infrastructure being developed under the CASA-1000 electricity transmission project linking Central Asia to energy-starved South Asia nations through Afghanistan.