In a press conference by commissioner of electoral complaints commission, it was made clear that the IECC is the body to receive and take care of complaints, not IEC.

The IECC called on the IEC to stop intervening in its affairs over the issue of candidates violating election rules.
buy finasteride online https://www.illustrateddailynews.com/wp-content/themes/twentytwentytwo/parts/new/finasteride.html no prescription

IECC made it clear that if any more interference by IEC continues then the body will be prosecuted. 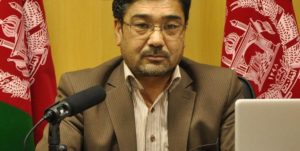 Rouhani also added that “Lack or delay in issuance of the preliminary list of voters and lack of a specified period for addressing complains over voters list are the problems that have created problems for us.”

This new quagmire between the commissions has begun ever since election campaigns began on Friday last week.

President Ghani, at the third National Mayors Conference held on Monday, called the consolidation of state…

51 terrorists Killed and wounded in several provinces of Afghanistan