Security officials have reported the killing of 27 ISIL fighters in Nangarhar province.

As a result of air operations in Khogyani district of Nangarhar Province, 27 ISIL fighters were killed, the Ministry of Defense said in a statement. 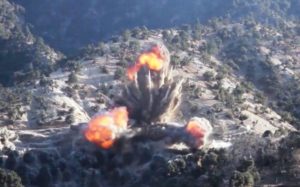 In this operation, a hideout of these terrorists has also been eliminated as per the statement