Kabul Police and Criminal investigation department have reported that they have arrested two people who were tied to the murder of parliamentary candidates in Kabul.

In a statement by Chief of Staff of Senior Deputy, Ministry of Interior A.M Abdulrahimzai, it was confirmed that two suspects were detained. 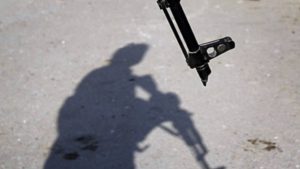 According to the senior official of Ministry of Interior Mr Abdulrahimzai, the arrest happened after the police forces of Kabul carried out a joint operation.