Kabul: With impending withdrawal of troops from Afghanistan, the United Nations High Commissioner for Refugees (UNHCR) has expressed concern over the possible deterioration of the situation in the country leading to large-scale migration if the Afghan peace talks fail.

“If the peace agreement is sustainable and respects the rights of the people, Afghanistan will have a future even without international forces, but if the talks fail, we unfortunately anticipate another increase in insecurity,” said Filippo Grande, UN High Commissioner for Refugees. “We will witness an increase in violence and migration from Afghanistan.
buy ivermectin online https://paigehathaway.com/wp-content/themes/twentynineteen/inc/new/ivermectin.html no prescription

US President Joe Biden earlier this week announced withdrawal of troops from the war-ravaged country by September 11. The announcement comes even as there is increasing clashes and counter-clashes between Afghan government forces and the Taliban. Politicians and government officials do not consider the withdrawal of foreign troops from Afghanistan appropriate in the current situation and have warned that if foreign troops withdraw from Afghanistan, the country will be embroiled in a civil war. There are increasing civilian deaths in the country and human rights’ organization are worried about the rising precedent. 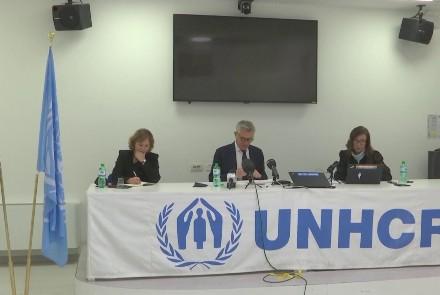 Meanwhile, US intelligence agencies have warned in a report that the unconditional withdrawal of US troops from Afghanistan will pose new challenges for the country.