At World Economic Summit on the Middle East and North Africa, António Guterres, the UN Secretary-General emphasized that the community will stand with the Afghan people.

The UN Secretary-General stressed that the organization stands alongside the Afghan people and is committed to continue humanitarian assistance and addressing the situation of vulnerable populations. 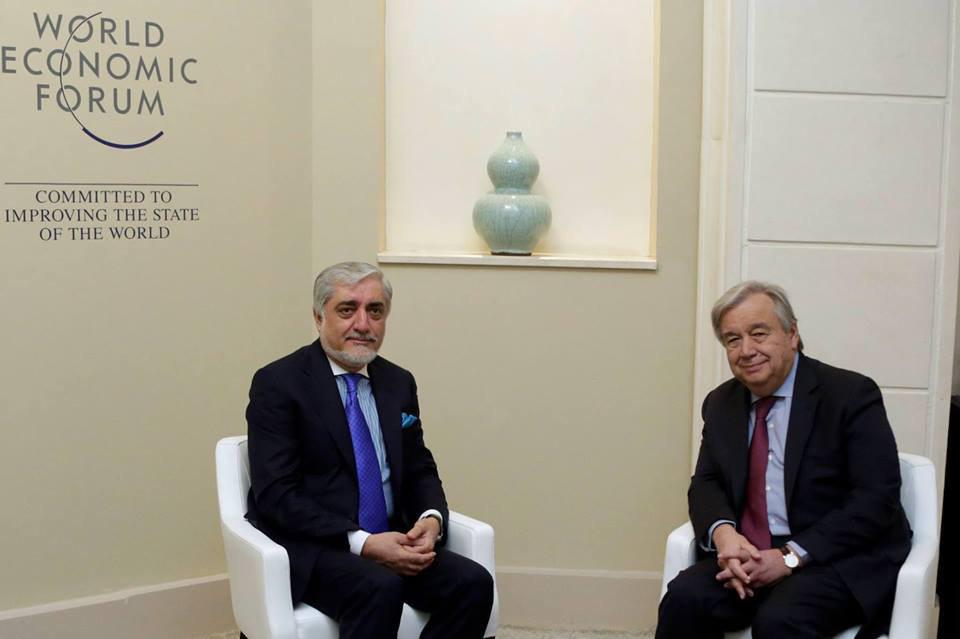 Mr. Guterres made the remarks in a meeting with the Afghan Chief Executive Dr. Abdullah Abdullah.

During the meeting Dr. Abdullah also said that the Afghan government is committed to bring reforms and achieving lasting peace and supports United States efforts in this regard.