The Ministry of Defence and the Afghan Army said at least five civilians were killed and three wounded in roadside explosions due to mines planted by the Taliban.

The 209 Shahin Corps said that two civilians, including a young boy, were killed in an explosion on Saturday morning when their vehicle struck a mine in Korak Arabi area of the provincial capital of Sar-i-Pul.

At least five security force members and a civilian were wounded in separate bombings in Gardez city of Paktia on Saturday morning, security forces said.

Zabul governor’s spokesperson Gul Aslam Sial told Reporterly that three civilians were killed, including two children, while two more were wounded, when their vehicle hit a Taliban-planted mine in the Chino area of Shahjoy district on Saturday. 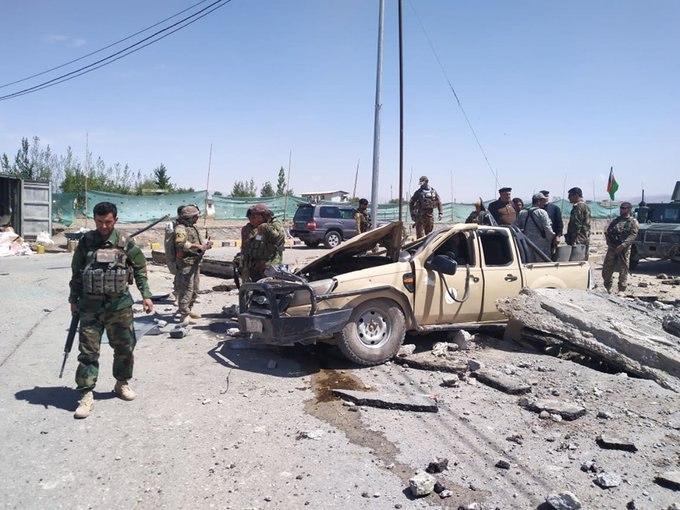 The Ministry of Defence said Taliban carried out attacks on the Afghan security forces in the Char-Shanba Tapa are of Baghlan on Friday night. During the counterattack, five Taliban members were killed and four others were wounded.

At least 12 Taliban militants were killed in airstrikes by the Afghan Air Force in the Qurghan and Andkhoy districts of Faryab on Friday afternoon, the army said.
buy synthroid online www.mobleymd.com/wp-content/languages/new/synthroid.html no prescription

Taliban also attacked checkpoints in the Khash Rod district of Nimruz on Friday night, where 12 Taliban fighters were killed.

The Ministry of Defence said that a Taliban offensive in Malikhel’s security base in Sayed Abad district of Wardak, was countered, wherein 12 Taliban terrorists, including two of their commanders, were killed, and nine others were wounded.