The State of Qatar is proud of its role in the context of international efforts aimed at helping Afghanistan to reach the desired peace, by playing a mediating role, with the support of friendly countries, led by the United States, Qatar’s Permanent Representative to UN said.

Permanent Representative of Qatar to the United Nations Ambassador Sheikha Alya Ahmed bin Saif Al-Thani said in a statement that the efforts of Qatar to support the restoration of security, peace and prosperity in Afghanistan reflects its firm foreign policy that attaches importance to promoting the settlement of disputes through peaceful means and mediation, through which we have succeeded in realizing important achievements in cooperation with our international partners. 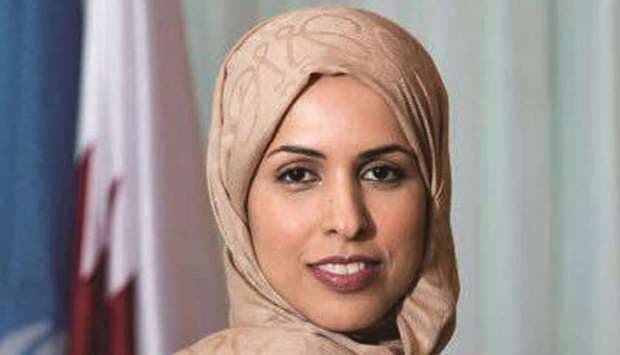 According to the statement, she noted that Qatar hosted the Afghan peace negotiations last September, and considered them an important step towards achieving the desired comprehensive political settlement in Afghanistan, putting an end to the state of violence and human suffering and paving the way for lasting stability and prosperity.

Sheikha Alya continued by saying that this important step came as a result of the continuous efforts by the mediation of the State of Qatar during the past period to bring the parties to the dialogue table, including Doha hosting the Afghan Dialogue Conference in July last year with the participation of representatives of the Afghan sects, political parties and civil society with the distinct participation of women.