Afghan presidential contender and the Chief Executive Abdullah Abdullah announced late Friday that he has agreed to allow a ballot recount in seven provinces.

CE Abdullah addressed the media following a conference with supporters on December 13, insisting he wouldn’t accept any election result that is “fraudulent.”

“I call on the dignified people of Afghanistan to let the recount take place in seven provinces,” Abdullah said.

“Today the conflict and problem are between fraud and transparency one side committed fraud and the other side wants transparency,” he asserted.
buy tadalafil online www.mydentalplace.com/wp-content/themes/twentytwelve/inc/en/tadalafil.html no prescription 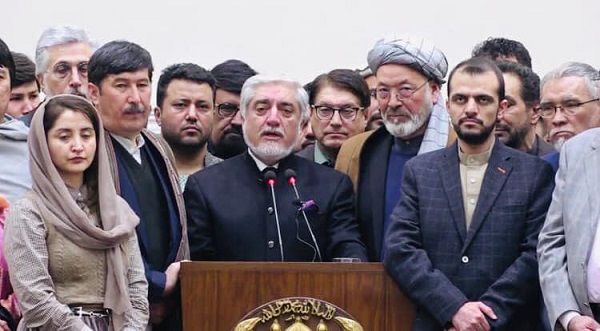 In November, more than 40 days after the election, Abdullah withdrew his team’s election observers from an official recount of ballots following disputes over exactly which votes to count.

The Afghan Election Commission tried to launch a ballot recount in November but Abdullah halted the attempt, saying he wouldn’t let his observers participate.

Afghanistan’s election and election complaint commissions had repeatedly requested that Abdullah’s supporters allow the ballot recount process to move forward and promised to release results based on valid ballots.