Ten Afghan soldiers were killed in a Taliban attack on a military base in the southern province of Helmand on Saturday, officials said.

The Taliban dug a tunnel into the base in volatile Sangin district and then blew it up before their fighters could attack the compound, Nawab Zadran a spokesman for 215 Maiwand Army Corps said. 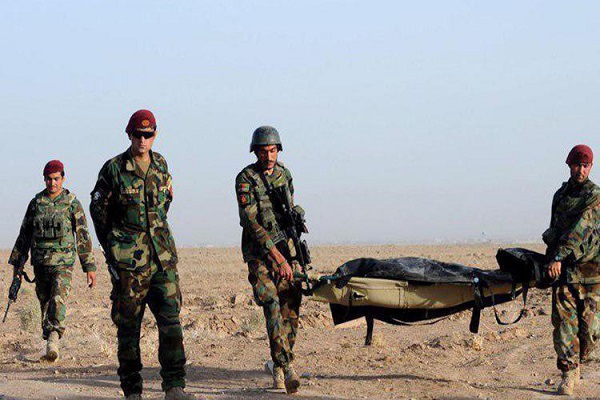 “There were 18 soldiers in the base at the time of the attack providing security for the people of Sangin. Four soldiers were wounded and four repelled the Taliban attack bravely,” he said.
buy neurontin online https://www.childhealthonline.org/scripts/new/neurontin.html no prescription

Provincial spokesman Omar Zawak confirmed the attack and said the soldiers were killed by the powerful blast inside the base.

Taliban spokesman Zabihullah Mujahid in a statement sent to media claimed responsibility for the attack.

The Taliban’s leadership has agreed to a weeklong ceasefire in Afghanistan, the Wall Street Journal reported…