A report issued on January 20 by the United Nations claims Al-Qaeda continues to have “close and mutually beneficial” relations with the Taliban despite the latter group’s holding talks with US negotiators in Doha to broker a peace deal.
buy bactroban online https://paigehathaway.com/wp-content/themes/twentynineteen/inc/new/bactroban.html no prescription

The report by the UN Analytical Support and Sanctions Monitoring Team, which is responsible for tracking terrorist groups around the globe, says that Al-Qaeda supplies “resources and training in exchange for protection” from the Taliban. 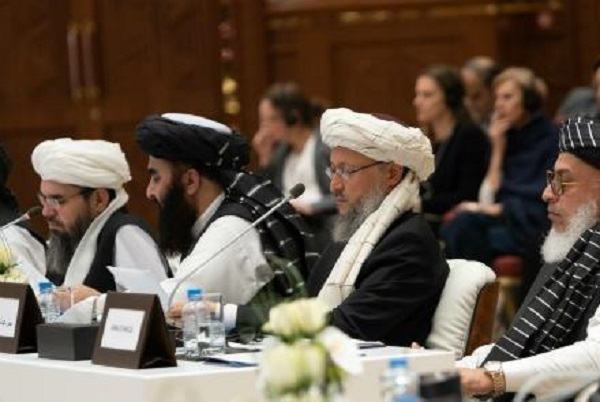 The report points to a joint US-Afghan raid in the Musa Qala district of Helmand province in September as evidence for this observation.

The report says that “Al-Qaeda and foreign terrorist fighters aligned with it, under the protection and influence of the Taliban, pose a long-term global threat.”

Afghanistan Benefits as Airlines Divert Through Its Airspace to Avoid Iran

The Pakistani government has decided to establish electronic data interfaces with Afghanistan, Hong Kong and Dubai…

US Remains Committed to Work with Afghan New Government: Wilson

Punjab Police seized nearly 200 kg heroin, claimed to be worth around Rs 2,000 crore, from…