A major blaze broke out as several oil tankers caught fire after one of the tankers exploded at the Islam Qala port in Herat province on Saturday afternoon, the provincial governor, Waheed Qatali said.

Local authorities said they lack the required facilities to quench the inferno and have offered no comments on possible casualties. 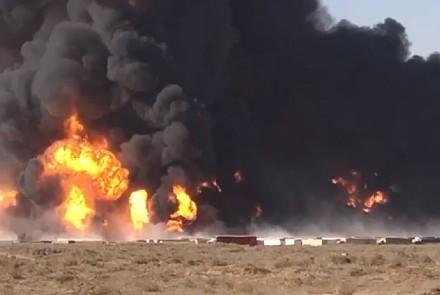 The governor of Herat stated that authorities have sought Iran’s help to extinguish the flames.