The State Ministry for Peace Affairs says Sayed Sadat Mansoor Naderi, State Minister for Peace, and Mustafa Mastoor, Senior Advisor to the High Council for National Reconciliation (HCNR), attended an online meeting hosted by the United Nations Assistance Mission in Afghanistan (UNAMA) and attended by ambassadors and representatives of countries and international organizations that are supporting and assisting the Afghanistan peace process.

SMP in a press release on Saturday said that the State Minister for Peace, while thanking UNAMA for hosting the meeting, thanked the participants for their support for the peace process and peace structures.

According to the press release, Naderi shed light on the role of the established structures of the Afghan peace process. 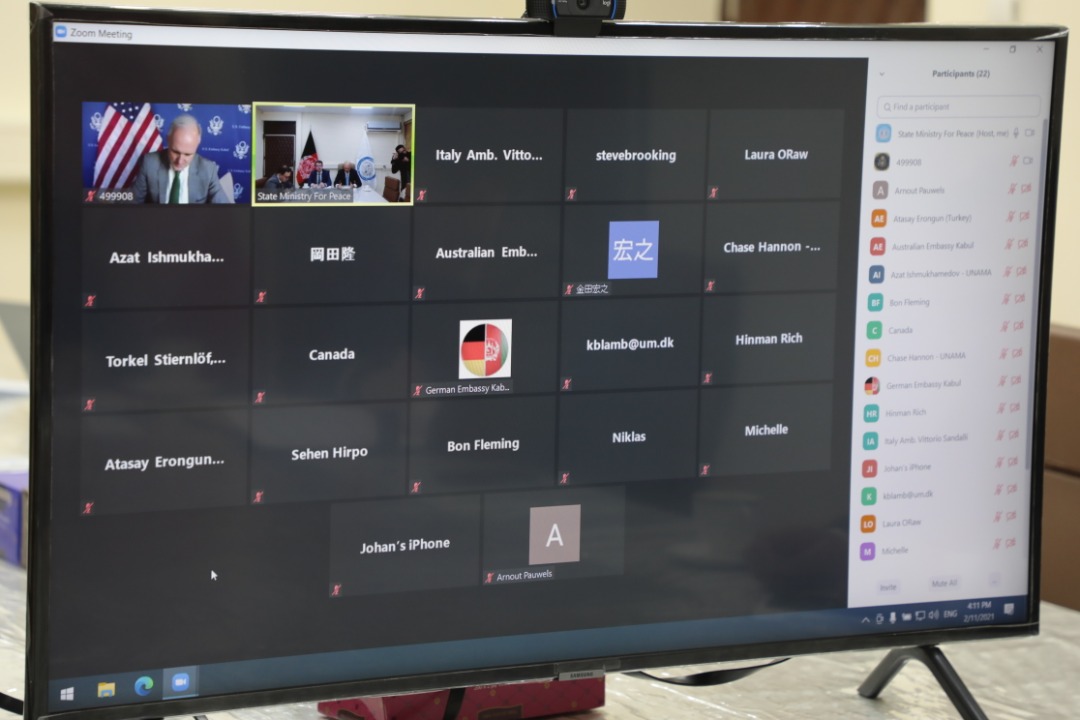 Referring to the importance of the principle of accountability and the fight against corruption, the State Minister for Peace said that all peace structures support transparency.

He added that work has been done on the mutual accountability mechanism.
Sayed Sadat Mansoor Naderi went on to say that peace structures need the cooperation of their international partners in capacity building and implementation of programs.

The participants of the meeting also expressed their views on modality and areas of cooperation, and said they support the peace process and its organizers and would help peace structures programs.