Abdul Rauf Arghandiwal, a senior commander of the 207th Zafar Corps in the western zone of the country, has warned that the Taliban militants are preparing for “a major battle” next year by spreading attacks and creating panic among the people.

Mr. Arghandiwal made these remarks today at the introductory ceremony of Esmatullah Gharwal, the new commander of the 1st Brigade of the 207th Zafar Corps.
buy ivermectin online https://www.childhealthonline.org/scripts/new/ivermectin.html no prescription

“We are waiting for a bloody war next year and we must be ready for it,” he told Afghan army soldiers.

He went on to warn the Taliban that the next spring would be “the bloodiest spring” for the group if they do not stop the violence.

Arghandiwal stated that the Taliban’s attacks not only decreased their attacks but also increased the offensive in Ghor, Farah and parts of Herat provinces. 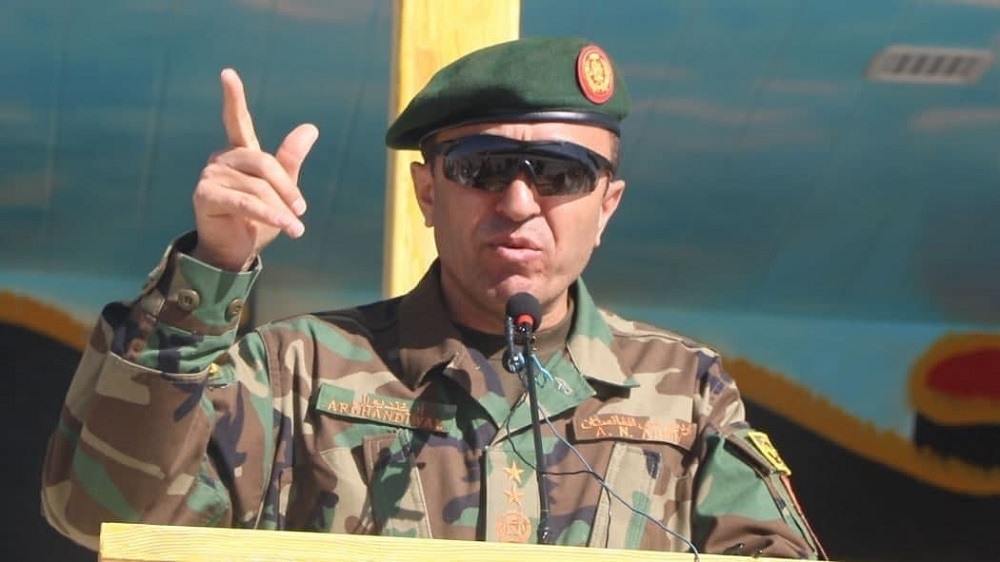 Arghandiwal added that about 1,200 Taliban fighters were killed and 1,600 others wounded during operations this year.

Meanwhile, Herat Governor Sayed Abdul Wahid Qatali said at the ceremony that security forces had repelled about 600 Taliban attacks in the province this year.

Mr Qatali also added that the Taliban insurgents are trying to destroy infrastructures and increase insecurity with the support of the neighboring countries.