The office of deputy foreign minister for political affairs announced in a statement that the International Contact Group’s Meeting was held on Thursday, January 31st 2019 in Lancaster Hall of London with participation of representatives of over fifty states and international organizations. The meeting was co-chaired by I.R. of Afghanistan and Germany.

The statement added that in the meeting, Deputy Foreign Minister for Political Affairs Mr. Idrees Zaman noted with gratitude and appreciation, the support and cooperation of the international community “provided to Afghanistan in various spheres over the last seventeen years”. 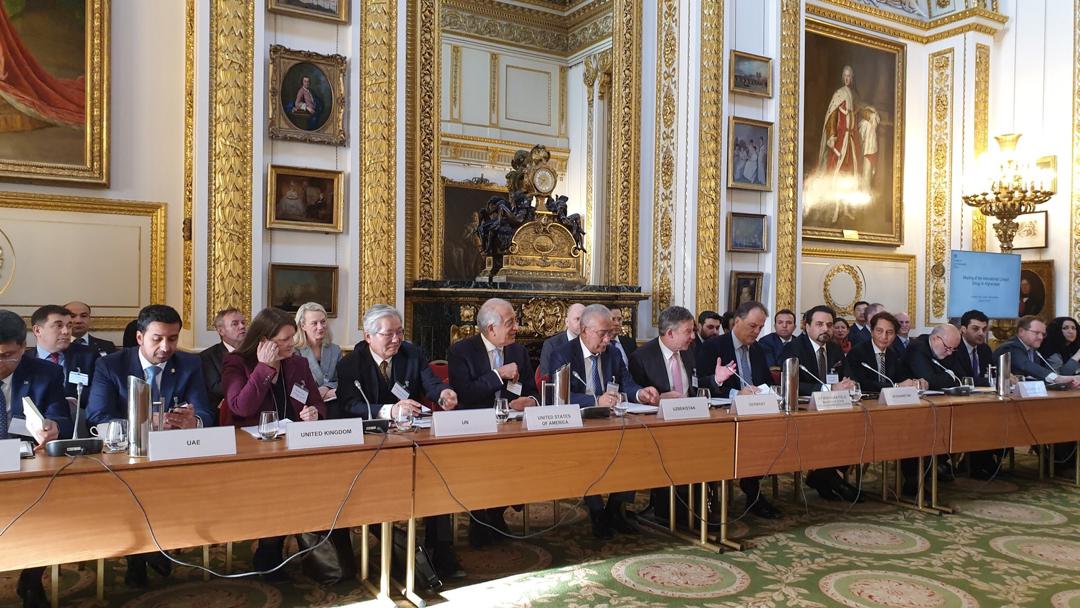 He provided information on the Afghan-led and Afghan-owned Peace Process, the upcoming third meeting of the Kabul Process, upcoming Presidential elections, and emphasized the importance of protection of Afghanistan’s seventeen years achievements in the context of the peace talks.

At the end, the international community reiterated its commitment to support Afghanistan and help fight terrorism in the region.