US Special Representative Zalmay Khalilzad Was in London on Friday, to discuss Afghan peace with the officials he met there. 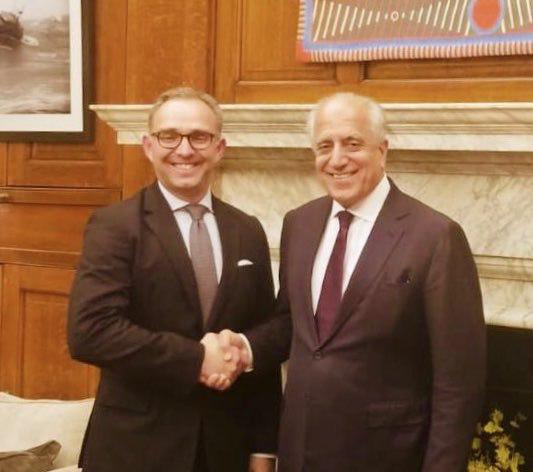 He also met other officials, “Very pleased to spend the day with colleagues and friends from around the world at the International Contact Group for Afghanistan. Peace. Security. Elections. Economic Development. I have great hope for the future of Afghanistan and its people. Grateful for all the support”, he wrote.

“Met with General Sir Nick Carter, head of the British Armed Forces. A soldier diplomat who served with distinction in Afghanistan, knows war, and appreciates the yearning of #Afghans for peace”, Khalilzad announced on Twitter.