The Trump administration says it’s on the brink of inking a deal with the Taliban that could pave the way for an end to America’s longest war.
buy clomiphene online https://isid.org/wp-content/themes/twentytwentyone/inc/new/clomiphene.html no prescription

But despite the zeal to reach a political settlement with the militant Afghan group, the White House has neglected to address a major source of instability in the country – opium production – according to a government watchdog.

The Trump administration does not have a current counter-narcotics strategy for Afghanistan, the special investigator who oversees U.S. spending in Afghanistan has found, even though that country is the source for 90 percent of the world’s heroin and Afghan the drug trade fuels a deadly insurgency against American troops. 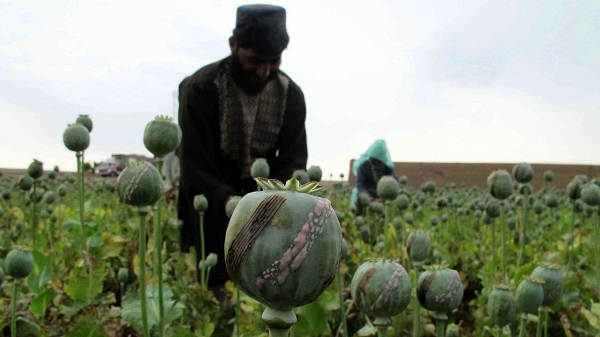 The drug trade is the Taliban’s cash cow. It funds the Islamic fundamentalist group’s fighters and pays for the bombs and weapons used to kill U.S. and Afghan security forces. Some fear that if the opium trade is not snuffed out, any U.S.-brokered peace deal could unravel – and Afghanistan could once again become a haven for terrorists.

“It’s important that the United States have a clear, robust counter-narcotics strategy in Afghanistan because its drug trade constitutes a high-risk threat to our reconstruction and security goals there,” John Sopko, special inspector general for Afghanistan reconstruction, said in a statement to USA TODAY. “Afghanistan’s opium trade undermines our goals in several ways – by financing insurgent groups, fueling government corruption, eroding the legitimacy of the Afghan government, and exacting a devastating human and financial toll.”

Richard Olson, a former State Department special representative for Afghanistan, said the problem must be part of the Afghanistan peace talks going forward.

“The substantial revenue stream from narcotics production, which mostly flows to the Taliban right now, is actually one of the main drivers of the conflict,” Olson said at a Feb. 18 forum on the emerging U.S.-Taliban deal. “And so it is absolutely an issue that will have to be addressed.”