Three members of the Meshrano Jirga, the Upper House of Parliament, were sentenced to 10 years and one month in prison each by the primary court of the Anti-Corruption Justice Center on charges of accepting $40,000 in bribe money from customs officials in Balkh, the Attorney General’s Office (AGO) said on Saturday.

According to AGO, senators Muhammad Anwar Bashliq, Muhammad Azim Qoiash and Liyaqatullah Babakarkhail are accused of asking for $60,000 in bribe money from customs officials in the Hairatan port in Balkh province. 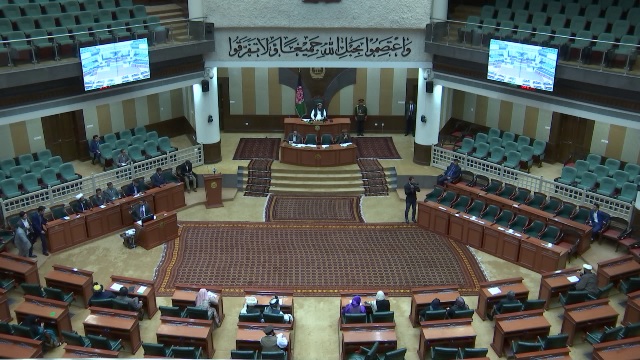 AGO officials said that the Senators were arrested last year in December while accepting $40,000 in bribe money.

The AGO said that the primary court of the Anti-Corruption Justice Center made the decision based on seven reasons against the senators.
The senators were also fined $40,000, the AGO said.