The Independent Election Commission (IEC) has rejected the findings of a recent report by the US Special Inspector General for Afghanistan Reconstruction (SIGAR), saying that the electoral fraud was reduced to a minimum level in the 2019 Presidential elections.

Speaking at a press conference in Kabul today, Hava Alam Nuristani, the head of IEC, said that the use of biometric technology and anti-fraud measures, the use of paper and electronic voter lists and the use of electronic results forms in Presidential election has reduced electoral fraud to a minimum level.

Nuristani also called the system for summarizing the results and the system for tracking sensitive election materials in the 2019 presidential election, among other things that, according to her, had reduced fraud in the election.

“As a result of the total number of votes presented [in 2019 presidential election], 1,823,948 real votes were confirmed, which is unprecedented in the Afghan elections,” she said.

In the meantime, the head of IEC, referring to the expenses in the past presidential election, explained that $149.9 million had been considered for this election, which of that, $ 90.5 million was pledged by the Afghan government and another $ 59.4 million by the international community.

She also said that out of the total national budget, $ 29.5 million was earmarked for the last presidential election, of which 26 million was spent by the Electoral Commissions. 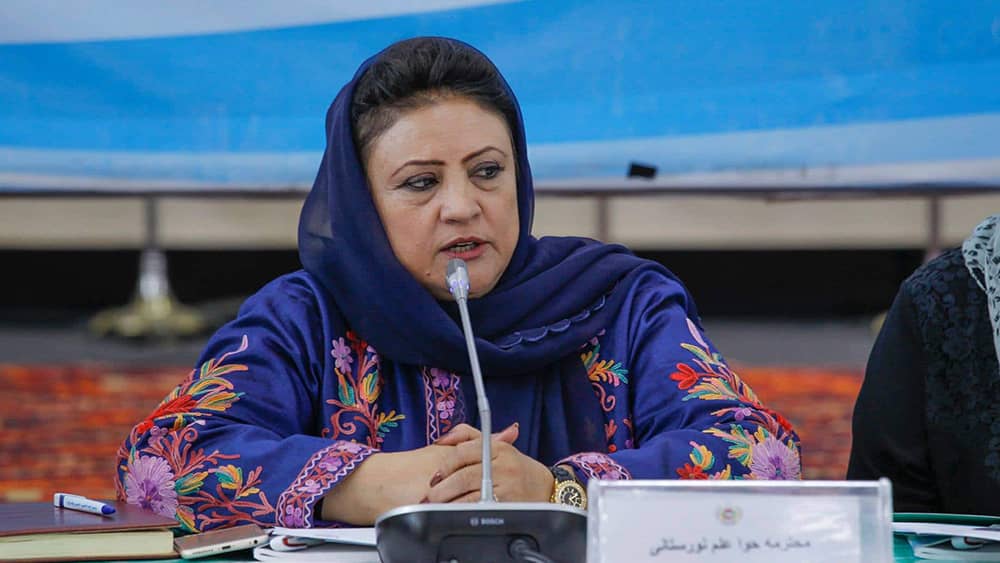 Referring to the findings of the SIGAR report on the weakness of the leadership and the presence of unqualified employees in the IEC, she said that the IEC has carried out organizational reforms at various levels in the center and provinces and has been able to attract educated and experienced staff.

“There is a great work capacity in the Secretariat of the Election Commission. The entire election process was managed and executed by the staff of the Secretariat of the Commission, which shows the capacity and ability of the staff of this commission,” IEC chief said.
However, she stressed that current IEC officials are not accountable for how former IEC officials and commissioners act.

SIGAR has recently published a report stating that the Afghan Electoral Commission has always suffered from weak leadership, unqualified staff, minimal accountability for fraud and shortcomings, and inadequate decision-making structures.

In addition to these factors, the report stated that insecurity alone has been a major obstacle to widespread political participation, and that polling stations on election day have been closed since 2004 more than ever before.

Part of this report mentions the 2019 presidential election and states that only 63% of polling stations were open at that time.